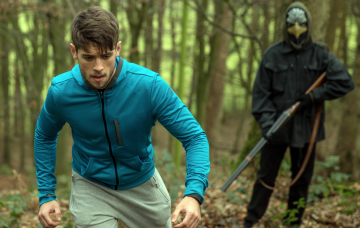 Emmerdale SPOILER: Joe Tate to be hunted down by masked gunman in woods

Will anyone save him before it's too late?

This is the terrifying moment that Joe Tate comes face-to-face with a masked gunman in the middle of some deserted woods.

After everything he’s done since arriving in the village, Joe’s certainly not short of an enemy or two – and it looks like his evil revenge plan against Charity Dingle has come back to haunt him.

As Joe’s jogging in the woods, he’s left terrified when a masked man holding a shotgun appears – and they’re clearly not just out for a spot of illegal poaching.

As Joe confronts the masked attacker, he’s left none the wiser as to who it might be behind the terrifying mask.

Could it be a Dingle?

The day before Debbie douses his home in petrol and threatens to set it alight  – wanting to teach him how it feels to lose your home after he bulldozed the Dingles’ house.

Cain and Ross arrive at Home Farm as Debbie threatens to destroy it – and Joe – but will they stop her in time?

As Joe struggles to get away from the mysterious gun-weilding man, it looks like he might actually make an escape, before he falls over a trip wire hidden on the ground.

Joe then scrambles to get up – but as he runs away he falls into a pit that has been hidden by moss.

With Joe now totally helpless, he’s left terrified as his creepy attacker walks away – leaving him there to die. 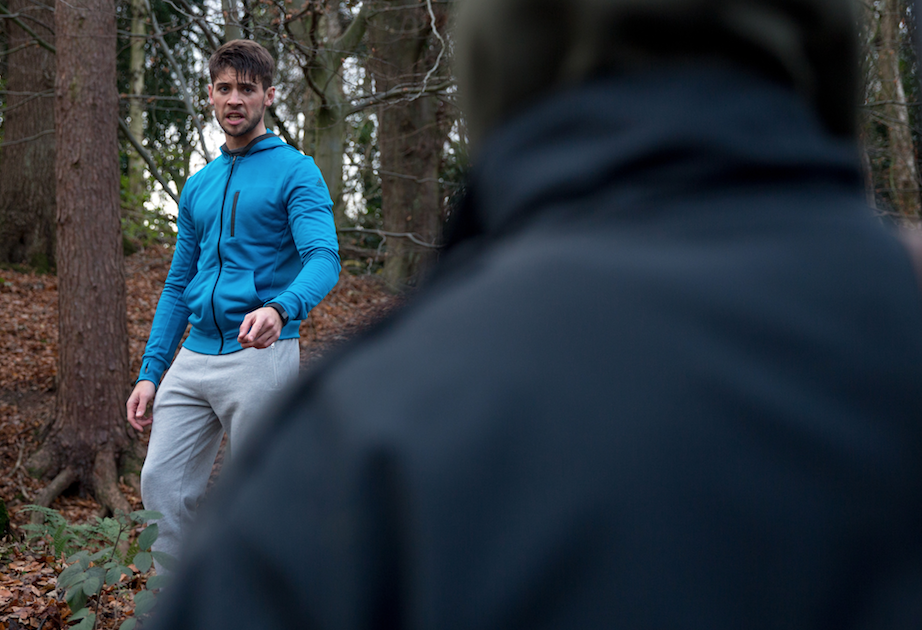 But will he make it out before it’s too late?

Whoever the scary masked man is who wants revenge on Joe – they’re clearly not going to save him any time soon.

And with so many enemies in the village, we’re not sure anyone would save him even if they did happen to hear his desperate cries for help

Find out what the future holds for Joe when these scenes air on Tuesday 23rd January, at 7pm on ITV.