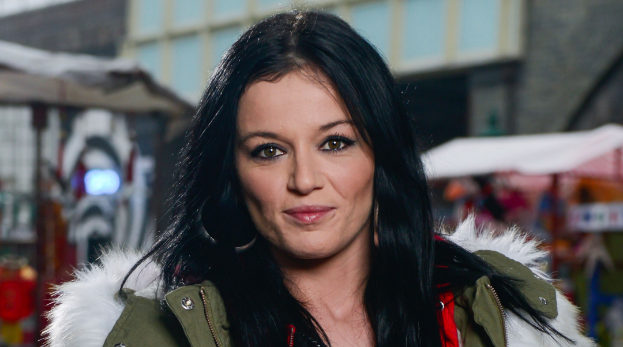 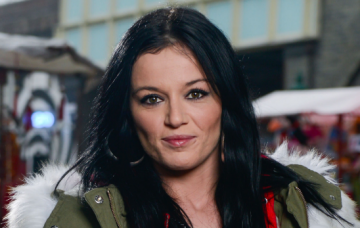 Hayley Slater gets in trouble with the law next week when she unwittingly picks up a police officer in Charlie’s cab that she’s been using illegally.

Jean had already warned Hayley – who’s trying to get some cash together for her secret baby – that she shouldn’t be driving the cab without a cab licence.

But Hayley decides that she needs the money and – when she fails to steal the keys off of Jean – she turns to Keanu and asks him to help her break into the taxi.

Keanu reluctantly agrees but they don’t get very far and the Slaters end up catching them in the act.

A cross Kat grills Hayley about her actions and Jean reveals that the newbie has been using the taxi illegally and picking up punters to make money.

But Hayley is stunned when Big Mo leaps to her defence. Later, when she thanks Mo, the battleaxe tells Hayley that she should continue with the taxi service. What’s she up to?

Later Hayley picks up a drunk punter who has been thrown out of the Vic and as she drives him home, they begin to bond over their family situations.

Letting her guard down for once, Hayley tells the stranger that she’s pregnant.

As she drop him off, she decides not to charge him for the ride, but as he stumbles out of the car he takes a photo of it. What’s his game?

It’s soon revealed when he drops round at the Slater house and reveals that he’s a policeman. How much trouble will Hayley be in for running an illegal cab service?

But more importantly, as the rest of the clan gather outside to eavesdrop on the conversation, the police officer announces that Hayley has someone else to think about.

Has he let her baby secret out of the bag? And if so, how will she explain who the dad is?

EastEnders fans were left shocked and appalled earlier this year when Kat’s husband Alfie arrived in the UK and was revealed to be the father of Hayley’s unborn baby following a one-night stand in Spain.

It was also revealed that the popular couple had split after one of their twin boys got seriously burned when he had an accident while Kat was upstairs romping with a man who wasn’t her husband.

Will Hayley go to prison? Leave us a comment on our Facebook page @EntertainmentDailyFix and let us know what you think!

EastEnders is on Monday, Tuesday, Thursday and Friday. Times may vary due to World Cup fixtures