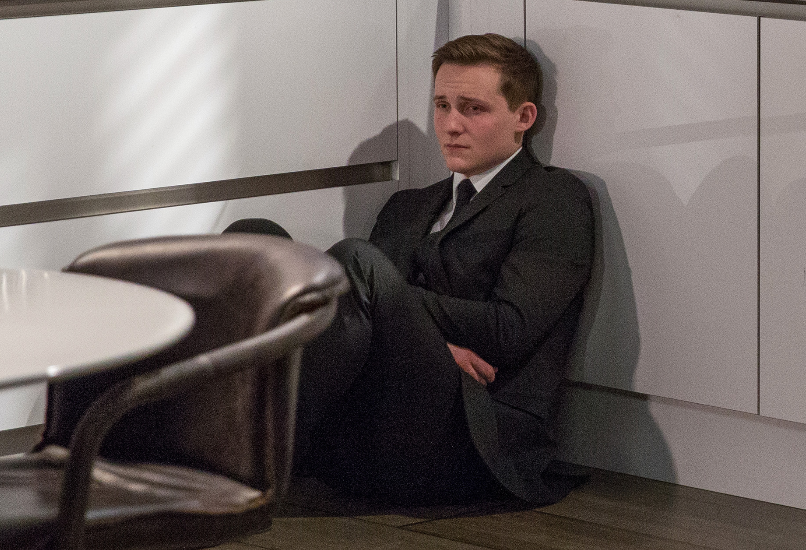 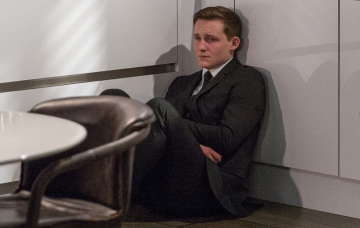 How far will he go to keep his secret safe?

Just when you think Lachlan White couldn’t stoop any lower – he goes and proves us all wrong.

If killing off his own mum and grandad wasn’t enough for the vile teenager – he’s set to go one step further next week when he leaves their funeral half way though – just to save his own back.

Just before the day of the funeral arrives, Lachlan is thrilled to get his phone back from the police.

Read more: Emmerdale SPOILER: Joe Tate to be hunted down by masked gunman in woods

But when he looks through his call history – he’s shocked to remember he called his friend Gerry at the same time his argument with Chrissie erupted in the car.

Knowing that this voicemail holds the truth about what happened on that fateful car journey, Lachlan’s desperate to get his hands on Gerry’s phone.

As the day of the double funeral arrives, Lachlan’s mind is set on other things other than burying half his family.

Instead he gets his hands on Gerry’s house keys, planning to use them to get his friend’s phone.

While the villagers are all gathered in the church to pay their final respects to Chrissie and Lawrence, evil Lachlan pretends the grief is all too much for him and dashes out of the service.

Little do the gathered villagers realise, he’s actually making the most of everyone being gathered in the church so he can sneak into Gerry’s house unseen.

Lachlan gets his hands on the phone and listens to the incriminating voicemail – realising that he’s definitely going to get locked up for causing the accident if anyone hears it.

But before he can delete the message, his girlfriend Belle arrives with Gerry.

Gerry insists they should listen to the voicemail all together – but with panic beginning to take hold of Lachlan, will be be able to stop his friend from pressing play?

With Thomas Atkinson, who plays cold-hearted Lachlan, set to leave the ITV drama this year, could this be part of his exit from the village?

Or could girlfriend Belle listen to the message and hand him over to the police herself?

Either way it looks like time is running out for Lachlan.