Big Mo turns up in Walford next week with some devastating news for Stacey.

But while she's not coming to spread joy, we're pretty happy to see another member of the extended Slater family back in Albert Square.

So we were thrilled to hear that Belinda Peacock - aka actor Carli Norris - would be up for a return to EastEnders.

She said she's got a bit of time when her current role - in the stage version of The Turn of the Screw finishes and before she starts rehearsals for panto.

"It depends on the circumstances but I had a great time at EastEnders. If I was to return to any soap, it'd be that one," Carli, who's also starred in Hollyoaks and Holby City, told Inside Soap.

I had a great time at EastEnders.

And she said she was pleased to hear the Slaters would be returning.

Big Mo is followed by Stacey's mum Jean, and eventually by Kat Moon - even though Big Mo's told everyone she's dead. 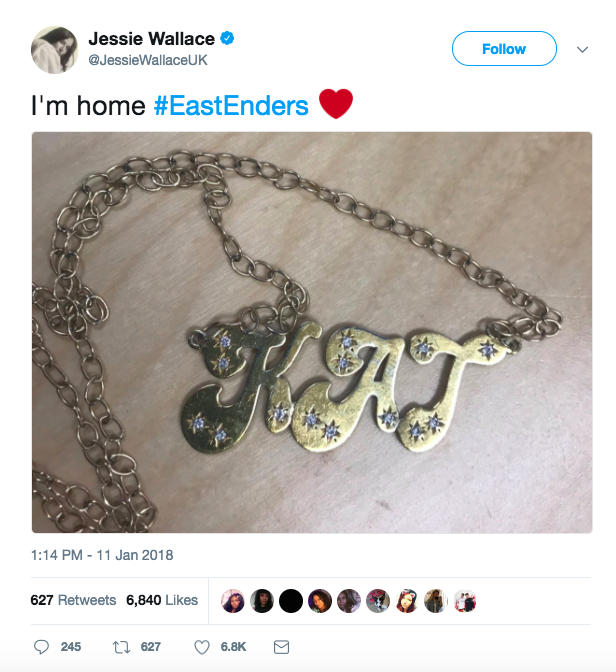 Jessie Wallace has been filming as Kat Moon

"I'm glad Kat and the rest of the Slaters are going back, I think it's needed," Carli said.

We reckon there's room for a few more Slaters in Albert Square, too.

Perhaps Stacey's brother Sean could return? Or her half-brother, Kyle? Or what about Kyle's sisters Shannon and Siobhan? Stacey's never even met them!

How about Kat's other sister, Little Mo? And her son Freddie, who'd be a teenager by now. Or big sis Lynne?

Make it happen, EastEnders. You know it makes sense!

Would you like to see the return of more Slaters? Leave us a comment on our Facebook page @EntertainmentDailyFix and let us know what you think!