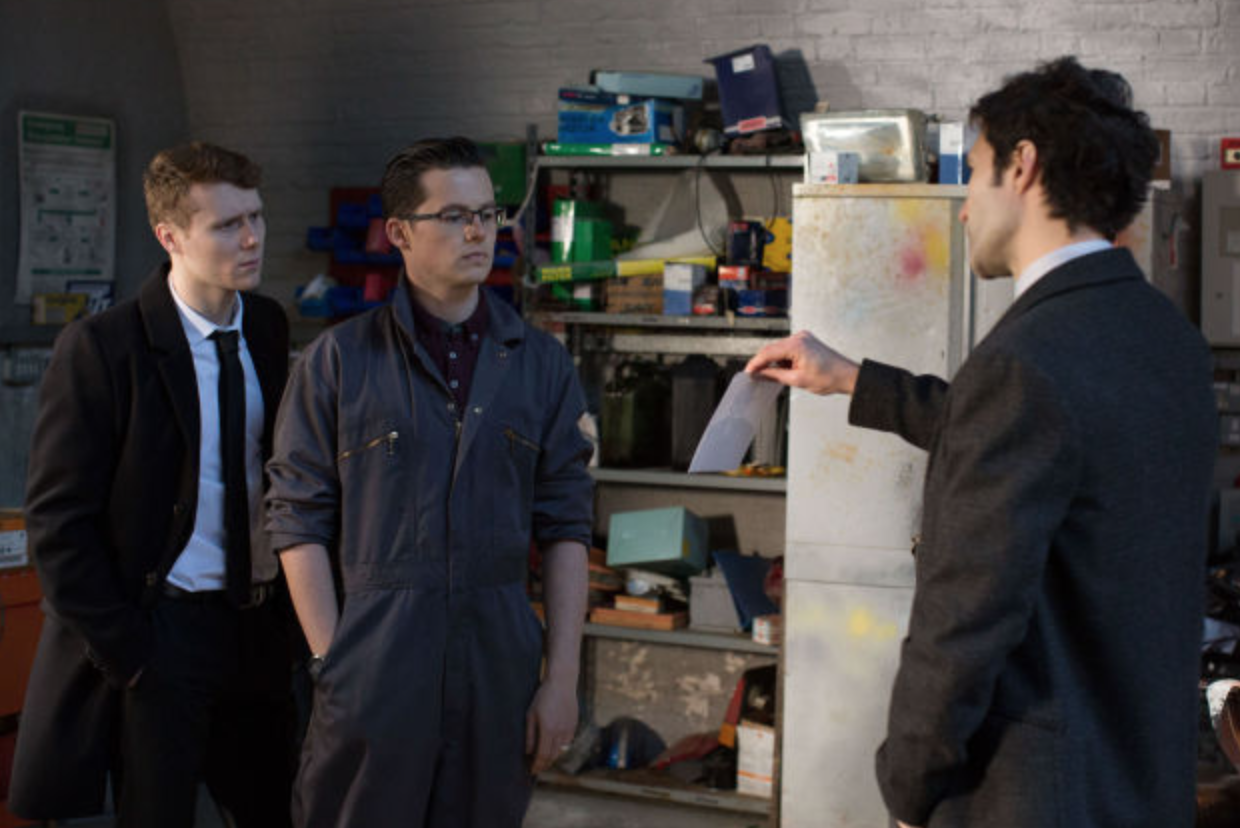 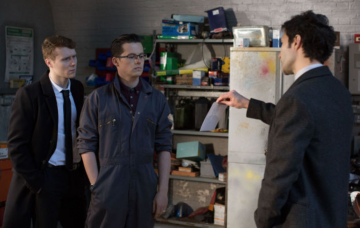 Is this the beginning of the end for Ben?

Ben Mitchell finds himself caught up in the middle of Aidan’s dodgy dealings when the police come calling at the Arches… and with his departure from the Square imminent, it looks like this could be the start of his dramatic exit storyline.

With Phil Mitchell and the rest of Aidan’s heist gang cornered in the middle of a graveyard following their failed search for the robbery money, the police have got questions they want answering.

But as Mick, Billy, Aidan, Keanu and Vincent scarpered when the police arrived with their sirens blaring at the end of Thursday night’s episode, Phil was left by the grave – spade in hand.

It doesn’t look good for Mr Mitchell – but has he been caught and put into custody?

When the police arrive to talk to Ben and Jay about the suspicious activity that’s been going on in the Square, the pair are quick to dismiss any connection – and for once they’re telling the truth.

But when the police officer shows them a picture of Aidan, asking if they have seen him, the pair realise that he’s Phil’s mate and start to wonder what Mr Mitchell has got himself in to.

And if Phil’s in trouble, Ben would be the first to drop everything and jump to his dad’s aid.

Harry Reid, who plays Ben, has confirmed that he will be bowing out of the show at the start of this year – could Phil’s connection to Aidan be what drives him out of the Square?

If there’s one thing for sure, we wouldn’t want to find ourselves on the wrong side of Mr Maguire – he’s definitely not a man to be messed with.

The chances of a happy ending for Ben are looking less likely by the day – and if he is involved in Aidan’s dodgy dealings Ben will have more to worry about than just the police sniffing around.

Mel Owen is also back in Walford next week. There have been plenty of hints that she too could be connected to this New Year storyline plot, is she something to do with Aidan and his ex, Ciara?

There have been on-location pictures of Tamzin Outhwaite, who is reprising her role as Mel, filming with Harry – so it seems things are about to get very interesting indeed for Ben Mitchell.

It remains to be seen if the Mitchell mechanic will be leaving Walford dead or alive – but with Aidan capable of almost anything, things don’t look good.