A new report on Friday could Spice Up Your Life, with claims that the Spice Girls are having a "secret meeting" about reuniting.

And there's a reported £50 million pay day in it for them.

Of course, this is nothing new... we're always hearing rumours about Mel B, Emma Bunton, Mel C, Geri Horner and, yes, even Victoria Beckham being in secret talks about some fabulous new comeback.

But, sadly, such a comeback has yet to materialise.

We miss this lot so much (credit: Chris Connor / WENN)

The latest report comes courtesy of The Sun, which alleges all five girls (including Victoria!) are all on board with a reunion idea - with one major twist: no singing for Victoria!

An insider claimed:  "[They] will fly in from LA today for a secret meeting. It will be the first time the five have been together in the same room since 2012."

It's claimed music mogul Simon Fuller, 57 - the man behind the Spice Girls when they started out in 1996 - is pushing for the reunion. And The Sun claims he's promised nervous fashion icon Victoria that she won't have to actually sing.

Their source adds: "This is the pop reunion no one thought would ever happen again." 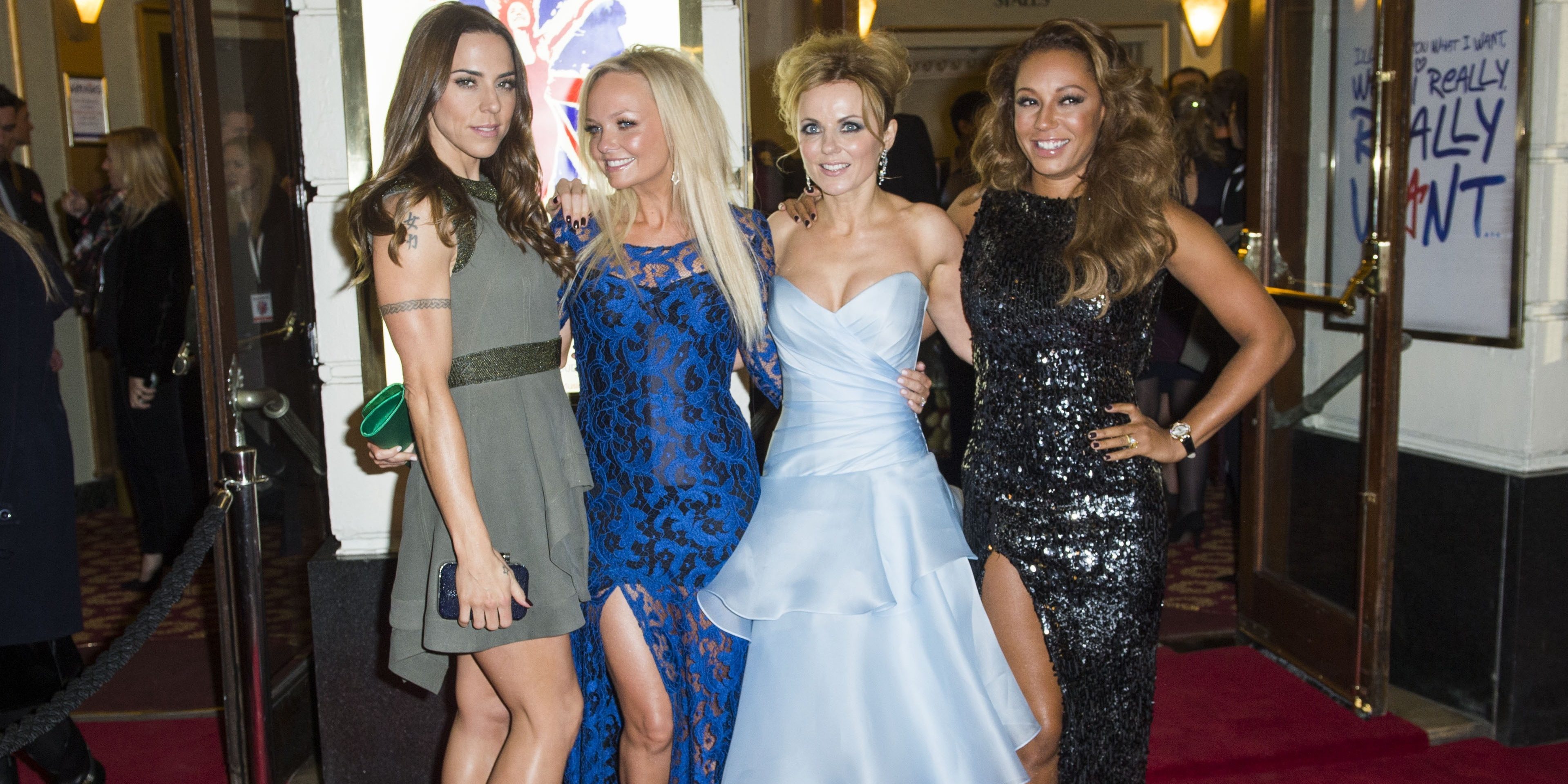 The girls, minus Victoria, at the launch of Viva Forever! the musical, although she was also at the event! (Credit: Credit: Zed Jameson / FameFlynet.uk.com)

And they're apparently set to take home £10 million each if it all works out!

Read more: Holly Willoughby is so cute on a play date with Emma Bunton

So far, there's been no word from the girls on just what's happening, although, interestingly, Mel C, Mel B and Emma Bunton were seen arriving at Geri's home on Friday, along with manager Simon.

If true, it would be a surprising about-turn for the group, known as Scary, Baby, Sporty, Ginger and Posh, who have persistently shot down reports like these over the years.

In particular, it would be a shock change of heart from mum-of-four Victoria, 43, who has created an international fashion empire over the last few years, and is also busy with charity work and family life.

In fact, a source told ED! that Victoria is due to leave for the US on Monday for New York Fashion Week prep, and is then going on a charity field trip.

Victoria agreed the time is right to work on new projects this year.

The other singers, too, are busy women.

Emma, 42, has established a career as a radio DJ on Heart FM, with her own weekend show. Geri, 45, is a mum of two, with her youngest just turned one. She's also been launching herself as a TV presenter, fronting new BBC show All Together Now.

Mel B, 42, has been on our TV screens non-stop in recent years, as a judge on X Factor in the UK and on other talent shows around the world. Meanwhile, Mel C, 44, has remained in the music world, with her 2016 album, Version of Me reaching no. 25 in the UK charts.

Mel B has established herself as a talent show judge (Credit: ITV)

The band remains the biggest-selling girl group ever, selling more than 85 million records before they split in 2000.

They reunited in 2012 for the London Olympics but since then, that door has remained seemingly firmly closed.

In 2016, Mel B, Geri and Emma announced they would be reuniting as GEM, and a brand new single even leaked online.

But then everything went quiet.

There were more rumours last year that the group would re-form without Victoria, but Mel C was dismissive of the idea.

Last March, she said: "It's not really doing the band justice to go out as a four piece. Whoever's missing, it doesn't matter. I think for me Spice girls is like a jigsaw puzzle.

"It's different to other bands. Look at Take That - they're going out as a three piece and they're brilliant. I love the boys! But with the Spice Girls, everything about us was the individuality and what that created together."

How cool were they back in the nineties? (Credit: WENN)

At least a couple of the singers remain keen though, as Geri said last October: "I really pushed to get everyone back together.

"It got to the point where I had to let it go. I still love the girls and there are other bits and bobs in the pipeline."

ED! has reached out to each of the Spice Girls for comment.

We remain sceptical of this news, but wouldn't it be wonderful? Please VB, Say You'll Be There? At the secret meeting, we mean.

Are you ready for a Spice Girls reunion? Leave us a comment on our Facebook page @EntertainmentDailyFix and let us know what you think!