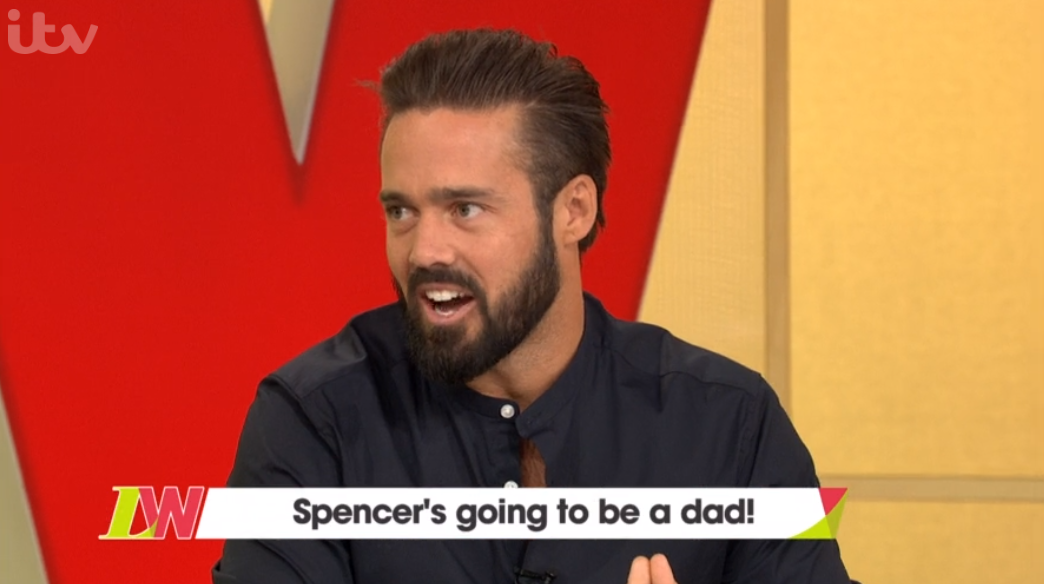 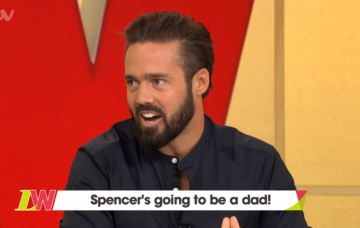 He's expecting his first child with his fiancée Vogue Williams

Spencer Matthews has opened up about his excitement to become a dad for the first time.

The Made In Chelsea star, 28, is expecting his first child, a son, with his fiancée, Vogue Williams.

During Friday’s Loose Women, Spencer spoke about his unborn son and even teased details on the little one’s name.

When asked if the couple have a name chosen for their little boy, Spencer said: “We’ve known it’s a boy for so long now that obviously we have thought of names.”

“We do have a few favourites…” he continued. “I just don’t know how much [Vogue] would be happy with me revealing!”

But Spencer did reveal that they would like to “incorporate” his late brother Michael’s name and Vogue’s late father Freddie’s name into their son’s somehow.

Spencer’s brother tragically passed away at the age of 22 after he disappeared while climbing Mount Everest in 1999.

He died following bad weather conditions when he was travelling down the mountain.

Vogue’s dad passed away from a stroke in 2010 following an operation to remove an aneurysm.

During the show, Spencer said the couple are “looking forward” to their son’s arrival.

The reality star also recalled a moment a doctor had mistakenly told the couple they were having a girl.

Spencer explained: “We got our harmony results when we found out it was a boy, and then two weeks later we went for another scan.

“This lovely woman said, ‘we have the results of your harmony test,’ and we were like, ‘oh we already have them, you sent them to us,’ and she said, ‘oh so you know you’re having a girl.'”

“She was being serious and we were like, ‘we’ve told everybody it’s a boy,'” he quipped. “It turns out she was mistaken. It is a boy.”

The couple announced they were expecting their first child on social media in March, just weeks after they revealed their engagement.

In April, Vogue accidentally let slip the gender of their baby.

The 32-year-old was defending her exercise routine during pregnancy on Brendan O’Connor’s Cutting Edge on RTÉ One.

“I’m not eating for two people. My baby is the size of an heirloom tomato today. I Googled it,” she said, to which the host replied: “A little tomato, is it happy in there right now on television?”

Vogue then said: “He’s delighted with himself, yes,” to which Brendan replied: “So it’s a boy?!”

Realising her mistake, Vogue laughed and put her head in her hands as the audience gave her a congratulatory round of applause.

Through her giggles, Vogue told Brendan: “I hate you! I knew I would do it!”

The couple’s baby is due in September.

Did you find out the gender of your baby? Leave us a comment on our Facebook page @EntertainmentDailyFix and let us know what you think!