Posting to his Instagram Stories, Spencer revealed that he had to "hide in a vault" while "armed robbers" smashed a jewellers "to pieces". 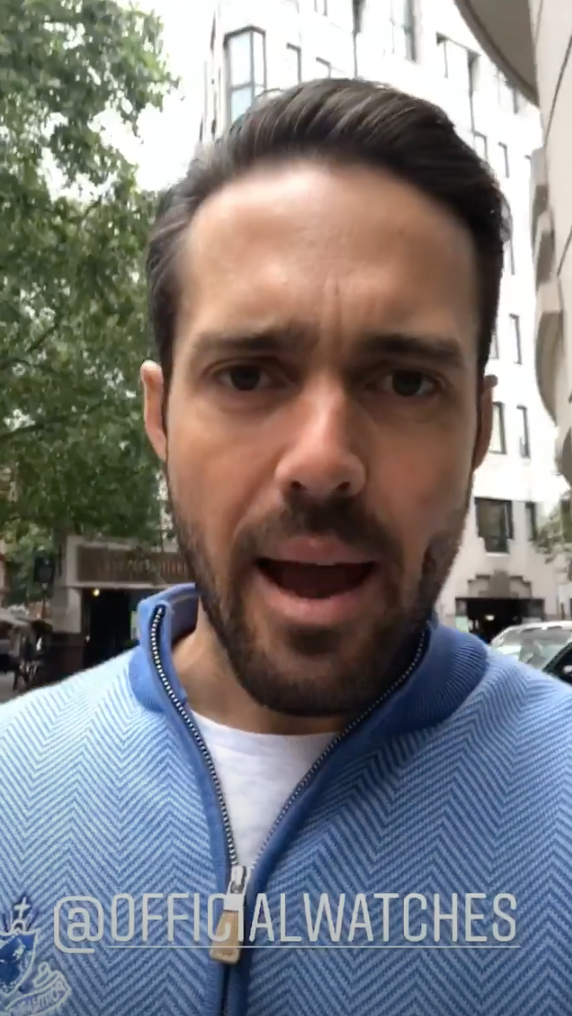 Spencer revealed he had been the victim of an "armed robbery" (Credit: Instagram)

Spencer told followers: "I just had to hide in a safe, well more like a vault, downstairs, while this watch shop, The Hour House on Duke Street, got smashed to pieces by armed robbers, well maybe not armed robbers, but they had these huge jack hammers."

The star, who is married to model and DJ Vogue Williams, with whom he shares son Thoedore, eight months, explained that he and his pals Deano and George had gone to the shop to collect a "vintage piece" Spencer had been waiting for "for ages".

"I was in there picking up this vintage piece and these guys drive a scooter through the glass and start battering the shop with big huge hammers wearing helmets," he explained to his followers. 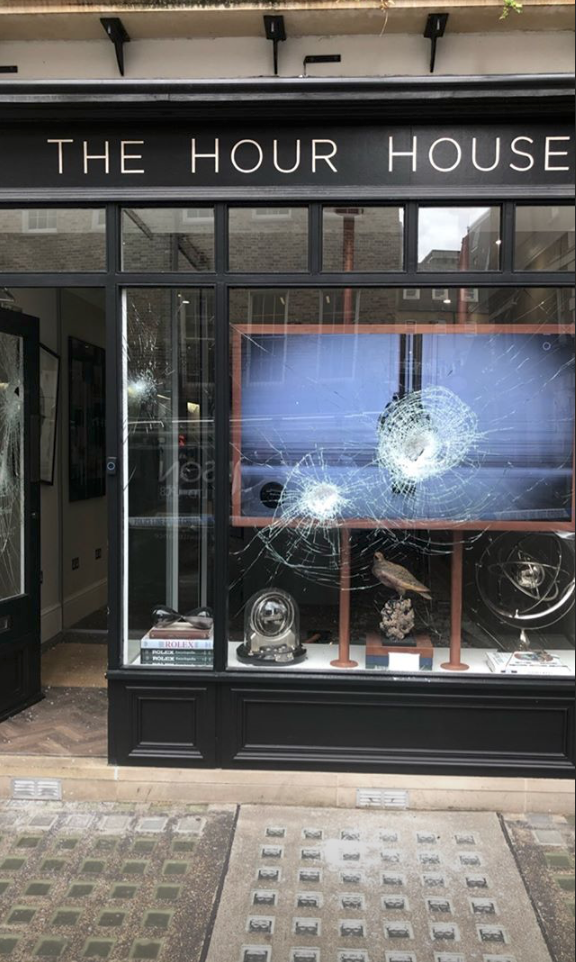 Spencer was collecting a "vintage piece" from The Hour House when it was robbed (Credit: Instagram)

Spencer continued: "We're at the back of the shop looking at them and sprint downstairs and hide in the vault until all the noise passes. We come upstairs and the place is just battered, all the watches gone."

I just had to hide in a safe, well more like a vault, downstairs, while this watch shop got smashed to pieces by armed robbers.

He added: "We're looking around and I'm thinking, f**king hell, the thing I've been waiting for has just been nicked and I'm going to have to go and get another one." 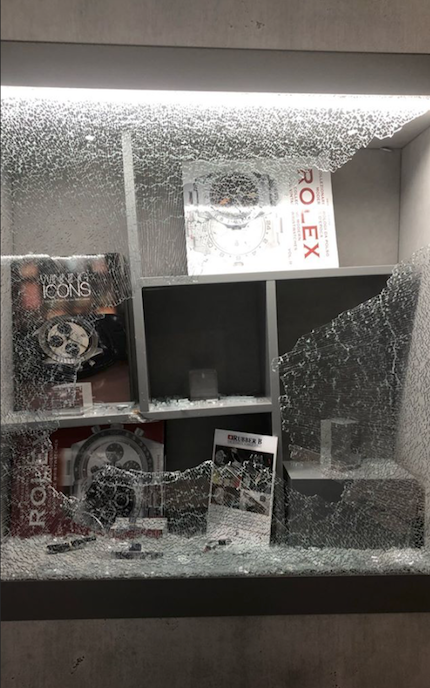 However, the story has a happy ending – for Spencer, at least.

He revealed: "And then, lo and behold, we look around and on the floor, amongst all the rubble and glass and stuff, there's one watch in the entire shop and it's mine."

We'd say getting out of the shop alive, Spencer! 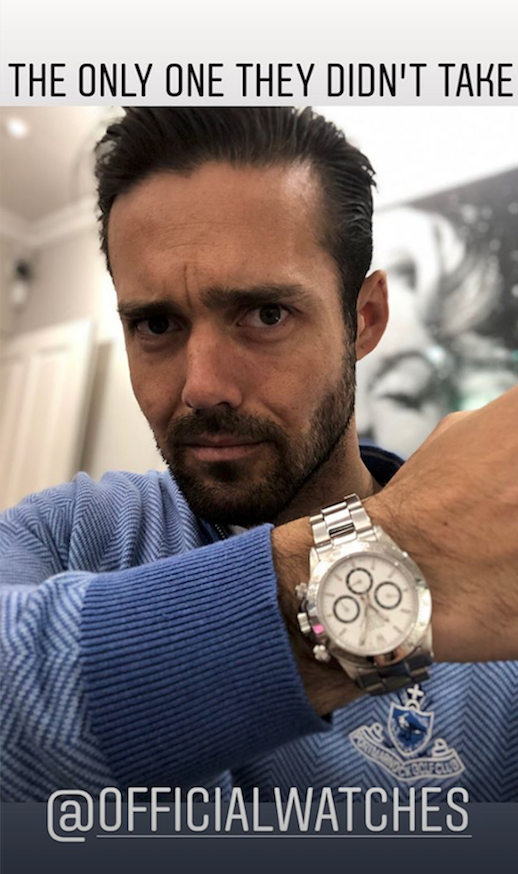 The happy star left with his watch - and his life! (Credit: Instagram)

Once his ordeal was over, and with his new timepiece safely on his arm, Spencer shared images of the robbery with his followers, which saw smashed displays, broken windows and the moped Spencer mentions discarded outside the store.

The Metropolitan Police confirmed that they were called at 10.32am on Tuesday. 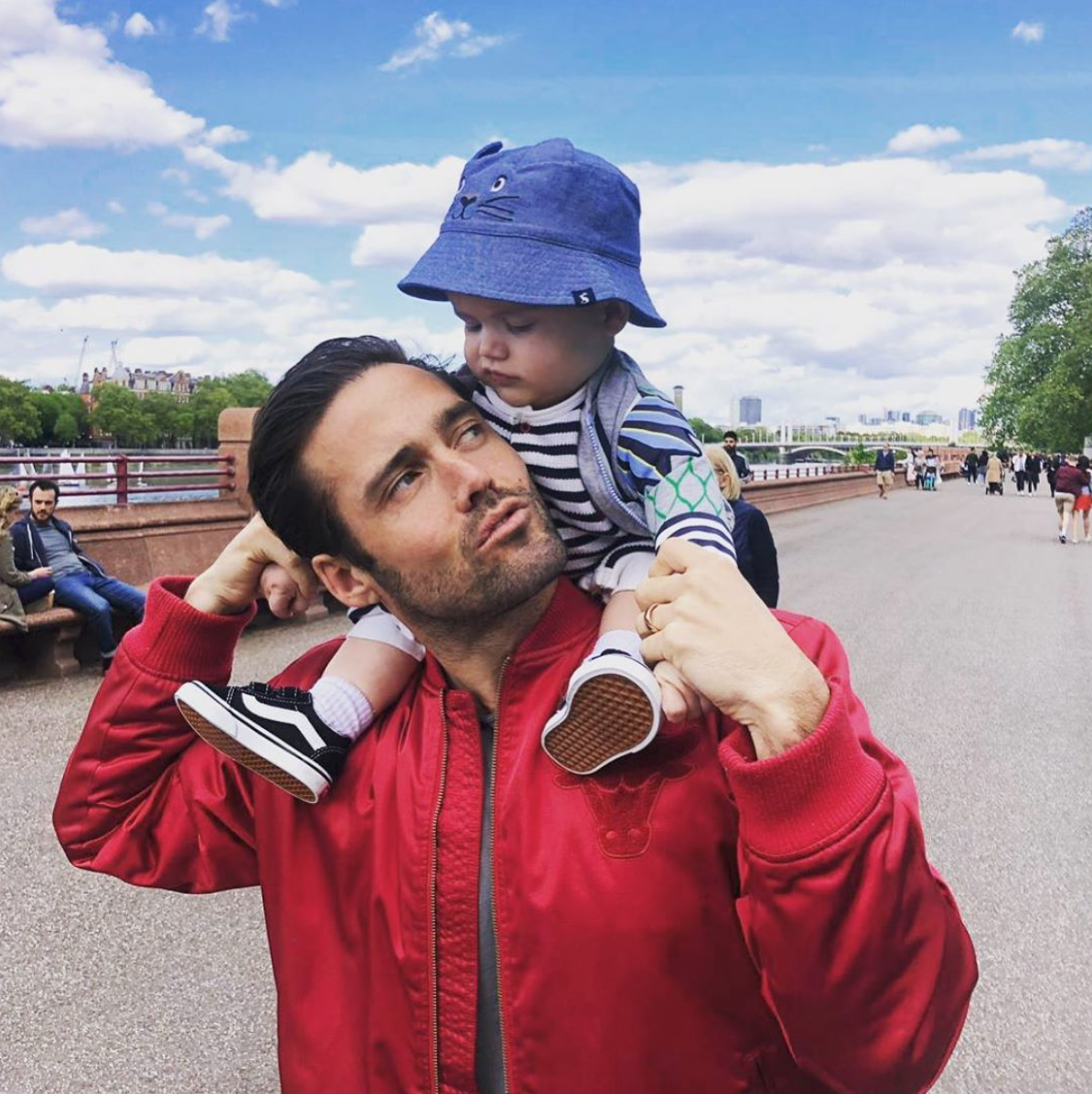 In a series of tweets, they revealed: "A number of males armed with weapons are reported to have driven to the premises on mopeds and smashed a window before stealing goods and fleeing."

Adding that there have been "no arrests", they said: "A man aged in his 30s has been treated for an eye injury sustained after the shop window was smashed."

Were you caught up in the robbery? Head over to our Facebook page @EntertainmentDailyFix and let us know.