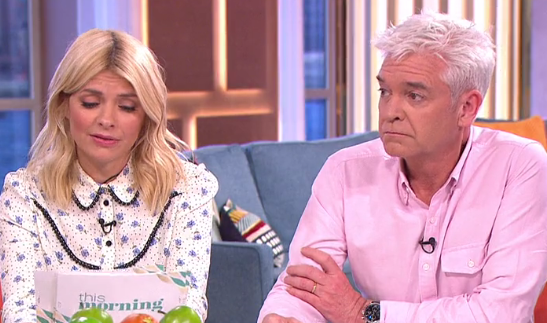 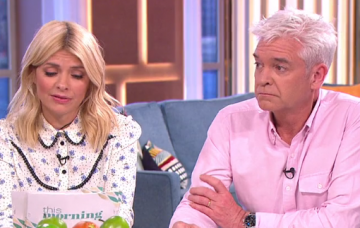 Parents talk about their dreadful loss

If you saw today’s This Morning, you may have noticed that the opening credit sequence was different to normal.

After the scenes of Phillip Schofield and Holly Willoughby making their way to the ITV studios, the title of the programme flashed up as usual: ‘This Morning with Phillip & Holly’.

But there, just below the aqua typeface, was another name in brown: ‘Charlie’.

And when viewers discovered the reason why the name was there, they were heartbroken.

‘Charlie’ was the pet name given to Charlotte Thompson, a 13-year-old girl who, along with her friend Olivia Bazlinton, was killed in 2005 after being struck by a train at Elsingham station, Essex.

Charlie’s father Reg Thompson and Olivia’s mum Tina Hughes appeared on today’s show, where they spoke about the impact the tragedy has had on their lives.

Reg has written a book – Dear Charlie: Letters To A Lost Daughter – and he also explained that he’s been collecting photos of Charlie’s name, sent by strangers from around the globe.

The grieving dad told Phillip and Holly: “I need to keep her in the centre of my life, so I wrote a book before, and now this. It allows her to still be with us.”

Read more: This Morning viewers outraged by teen with £5,000 a MONTH pocket money

When the two hosts told Reg that the show’s logo had been tweaked to include his daughter’s name, he appeared visibly moved by the gesture, saying: “Thank you, that’s amazing.”

And viewers at home became equally emotional as they watched the sad segment.

One tweeted: “Bawling at #ThisMorning Charlie’s dad is just the cutest.”

Another said: “Just catching up with #ThisMorning What a tragic story of Charlie & Olivia killed on a level crossing & what an inspiration their parents are.”

And a third added: “Charlie’s dad is one of my tutors at college, and I can’t tell you how caring, inspiring and absolutely wonderful he is.

“To have been through what he has and still be the man he is is incredible. One of my biggest inspirations.”

Charlie and Olivia, pupils at Newport Free Grammar School, were believed to have stepped a couple of feet onto the track at a level crossing when they were hit by a high-speed train travelling from Birmingham New Street to Stansted Airport.

Their headteacher Richard Priestley said after the tragedy: “They were normal 14-year-old girls who were excited about a shopping trip to Cambridge. They were full of life and had everything ahead of them. Sadly, it has come to an end.”