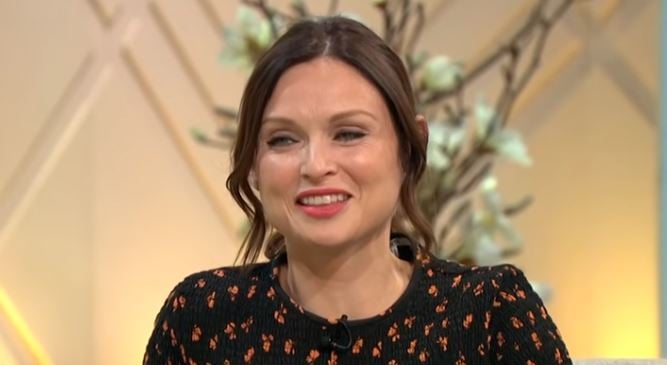 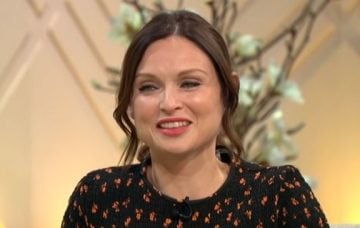 Pregnant Sophie Ellis-Bextor has vowed her fifth child will be her last.

The popstar and former Strictly Come Dancing favourite, 39, told ITV’s Lorraine on Tuesday that she will “probably call it a day” after giving birth in January.

She said: “I think I’ll probably call it a day. I think five is quite a lot!”

Sophie and her husband Richard Jones, who is The Feeling’s bassist, are already parents to four sons.

She told Lorraine Kelly that she and Richard haven’t found out the baby’s sex and their other children are thrilled about getting another little brother or their first sister.

“We don’t know what we’re having. They are excited actually. I think they slightly roll their eyes, like, ‘Oh, another one’!” she joked.

When asked if people are asking if she wants a daughter, Sophie said: “Luckily for me, I don’t mind either way [whether I have a boy or a girl]. But actually, now I’ve got to my fifth baby, I don’t get as many comments with this one as I did with maybe three or four. I think now they’re a bit like, ‘Oh, she has boys, probably!'”

The baby is due in January on the same date Sophie’s new album is released!

“January 11th is a prestigious day in my house! Originally the album was going to be coming out sooner. I had a funny chat with my manager Derek where I said, ‘I’m having a baby and I’m due on January 11th’ and he said, ‘That’s when the album’s coming out, too!'”

Oops, the eagle-eyed among you spotted there was a typo on the Song Diaries Tour poster – Dublin is Thur 13th June (not Wed 13th). Here's the correct version! (Tickets on sale Friday) xx

She has a one-off gig coming up at The Royal Festival Hall in London and will then hit the road in June for her The Song Diaries Tour.

Sophie said she’ll bring the baby with her as she performs eight dates across the UK and Ireland.

Of course, the star was asked about this year’s Strictly Come Dancing, having competed in the 11th series back in 2013 with now-axed pro dance partner Brendan Cole.

“It’s weird for me. I know logically I did it… honestly every time I see a clip it’s like someone looking into my dream,” said Sophie. “I feel like I just dreamt the whole thing. I think it was because it was so stressful, but really lovely. Magical.”

She added of Brendan: “He’s an amazing choreographer and he was also incredibly supportive. They don’t just teach you, they have to really give you emotional support. It starts to tap into emotions you’re not expecting – what you feel comfortable showing publicly and what you’ve been guarded about.

“Suddenly you’ve got to put yourself out there with another persona. I thought he was brilliant and I’m so glad I was partnered with him.”

Are you looking forward to Sophie’s new album? Are you enjoying Strictly this year? Leave us a comment on our Facebook page @EntertainmentDailyFix and let us know what you think!