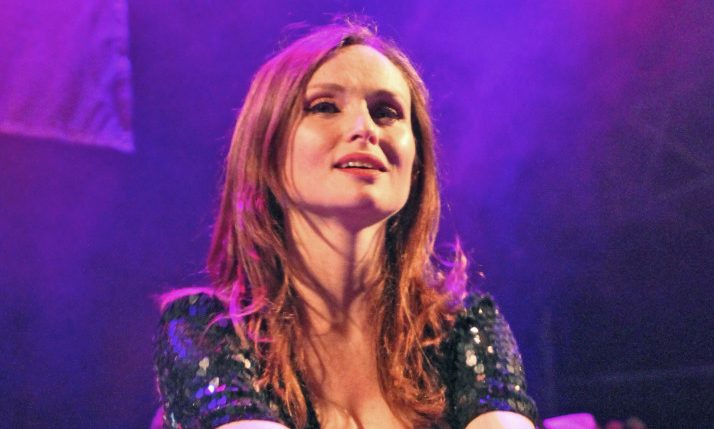 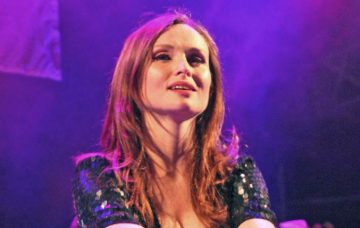 She announced her fifth pregnancy in August

The former Strictly Come Dancing star, 39, wore a sparkling black jumpsuit that highlighted her blossoming baby bump as she took to the stage at Tom Kerridge presents Pub In The Park Knutsford.

She joked on Instagram Stories that her bump looked like a “smuggled disco ball” in the glittery ensemble!

Sophie announced her pregnancy on an episode of Chris Evans’ BBC Radio 2 Breakfast Show back in August.

She broke the news while discussing her upcoming album, released January next year, saying: “The album will come out around the same time as my fifth infant because I’m having my fifth baby because I’m mental!”

Sophie is married to The Feeling bassist Richard Jones.

When Chris asked Sophie if life gets easier the more children she has, she replied: “No, I don’t think it does, but I think you get more relaxed with the chaos.

“I’ve just had a week away with Richard and five kids because our eldest brought a mate. I took a book which seems now the most optimistic thing I could have done as it didn’t even get opened! But I do have a two-year-old.”

Chris pointed out his wife Natasha, who is expecting twins, loves being pregnant.

Sophie agreed: “You feel quite purposeful and special when you’re pregnant. It’s a nice feeling. I get there are people who don’t enjoy it and I understand that as well but I do like being pregnant.”

She had hinted the family could expand one day during a previous interview with Hello magazine, when she said: “After I had my first and second children, I was often asked, ‘Are you having another?’ Now, after four, it’s very telling that I’m getting ‘Are you stopping now?’

“If you ask other people in my household, they would say, ‘Yes, we’re done.’ My answer would be more along the lines of, ‘I guess I should stop now… Shouldn’t I?'”

Sophie’s upcoming album will be her seventh studio album.

She’s famous for hit songs including Murder On The Dancefloor, Take Me Home, Mixed Up World and the Spiller track Groovejet (If This Ain’t Love)

She also appeared on the 11th series of Strictly Come Dancing in 2013, where she finished in fourth place with pro dance partner Brendan Cole.

Have you got any baby name suggestions for Sophie and Richard? Leave us a comment on our Facebook page @EntertainmentDailyFix and let us know what you think!