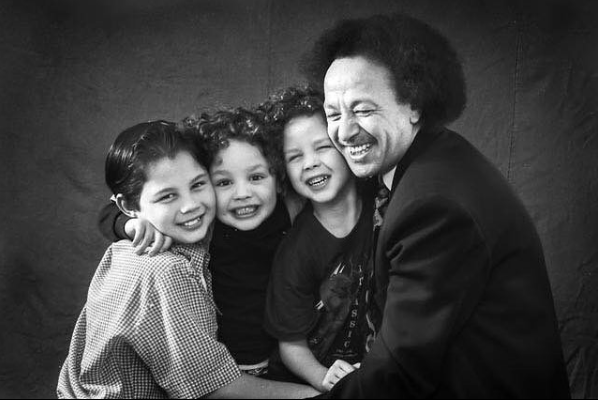 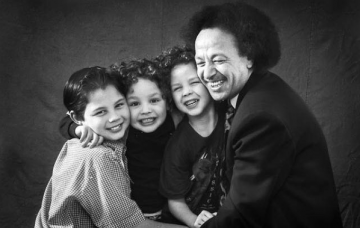 Soap star is unrecognisable in throwback shot – and so are his famous brothers!

This will be a serious test of your showbiz toddler knowledge – you’ve got to identify not one, but three celebs in this throwback snap.

Give up? We’ll put you out of your misery!

From left to right you’re looking at Ryan, Adam and Scott Thomas alongside their father, Dougie.

Ryan uploaded the cute picture to Instagram to celebrate his dad’s birthday. He captioned the shot: “Happy birthday dad” alongside a red heart emoji.

Fans were quick to notice one other cute aspect of the photograph.

They rushed to point out that a young Ryan is an absolute dead ringer for his daughter, Scarlett, at the same age!

One said: “Your daughter is your image” while another wrote: “Scarlett is the spitting image of you! Wow!” 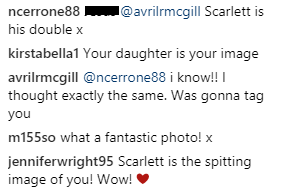 Ryan is currently dating Lucy Mecklenburgh and has recently finished a stint in Australia filming for Neighbours.

But he found time yesterday to visit the set of Dancing on Ice to support his friend and Coronation Street co-star Brooke Vincent.

Brooke had a good week on the ice, surviving the first elimination even though judges marked her down for a wardrobe malfunction.

After her tights ripped on professional skate partner Matej Silecky’s button, the judges were critical of her reaction.

Brooke agreed with them, and said: “It felt like forever.”

Candice Brown was eventually the first star to leave DOI, leaving Brooke to fight another week.