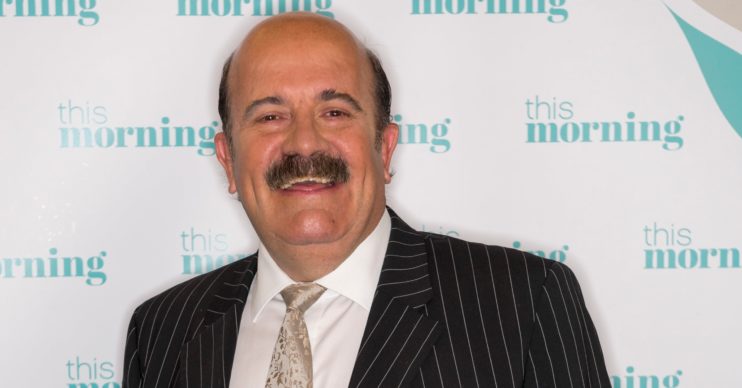 The former Strictly contestant has died in Spain

He announced in March he had leukaemia and was due to start receiving chemotherapy.

But he was taken to hospital last week with dangerously low blood pressure, and his carer and friend  Julie O’Neill wrote on his GoFundMe page that he had died this morning.

At 1.55am this morning Willie Thorne lost his battle and passed away.

“It is with a very heavy and broken heart that I have to officially announce that at 1.55am this morning Willie Thorne lost his battle and passed away.

“Willie went into septic shock and was not responding to any treatment so the decision was made by the hospital to turn off the machines.

“I was with him all the way to his end and reading out messages to him from people.

“He passed away very peacefully and without pain listening to his children saying they love him, that gives me some comfort in this difficult time.

Julie added that she and Willie’s family will be “making plans” and she will keep fans informed.

The sad news comes just one day after she updated followers on the fundraising page. It brought in almost £20,000 to help with his treatment. Julie revealed he was in hospital in Spain and had been placed in an induced coma.

She added: “The doctor called me yesterday to inform me that on Sunday Willie went into respiratory failure and he is now in an induced coma and mechanical ventilation.

“They are treating him with three different antibiotics for three types of infections, which appear to be consuming him at this time.

“We are all hoping that the treatments the hospital are giving him while in this induced coma will help to improve his overall condition and at some point enable him to breath on his own and be brought out of this coma. (sic)”

During his television career, the snooker star – who was declared bankrupt in 2015 – covered the sport as a commentator for BBC. He also worked for Sky Sports from the 1990s until coverage was dropped in the mid-2010s.

In 2007, he also competed on Strictly Come Dancing alongside Erin Boag. However, the pair were voted out just three weeks in.

Meanwhile, Piers Morgan was among the first to lead the tributes, posting on Twitter.