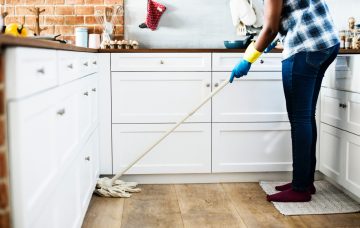 Woman asked for advice on Mumsnet

A husband has been blasted as “snobby” after demanding his wife quits the job she loves as a cleaner.

The woman, who works part time and has a young son, says her work is “the only social interaction” she gets and that her colleagues are her closest friends.

But her husband, who “earns good money”, wants her to quit and either get a “better” job or become a full-time housewife.

In a post seeking advice on Mumsnet, she said: “I am literally at the end of my tether.

“I enjoy my team and I enjoy going to work. My husband without fail tells me I need to change my job because do I see myself doing this for the rest of my life?

“I’ve had enough of it. I see to the house and do housework, shopping, taking our son to playgroup, I do everything but he still isn’t happy.

“My job is the only social interaction I get. I am feeling like I can’t make him happy because of what I do. Am I in the wrong here?”

Read more: Woman urged to dump “conman” husband who refuses to get a job

She received overwhelming support from fellow users of the online forum who criticised her husband for being unfairly “embarrassed” by her job.

One person replied: “Sounds like a snob. Some people are far too interested in what other people think of them, and if he’s ashamed of you because you are a cleaner, that says more about him than you.”

Another wrote: “He sounds like he wants to control you rather than care about what you want to do.”

A third added: “You’re in a fortunate position of being paid for something you enjoy doing. Tell him to stick his opinion where the sun doesn’t shine.”

Someone else said: “This is who you are and he married you. So he needs to shut up.”

One Mumsnetter posted: “He’s embarrassed you’re a cleaner. He has no right to be but that’s what he sounds like to me.”

Do you think the woman’s husband is being unreasonable? Leave us a comment on our Facebook page @EntertainmentDailyFix and let us know what you think!