Emmerdale snaps back after viewer demands for writers to be FIRED

The best right to reply!

We thought everyone was totally in love with iconic Emmerdale couple Robert and Aaron and desperate to see them get back together (next week, people!).

Emmerdale’s social media team have snapped back at a fan who is so cross at the the Robron reunion that he wants all the staff responsible to lose their jobs!

The poster shared a screengrab of a past storyline when Robert threatened Aaron with a gun – and actually ended up shooting Paddy by mistake.

It was way back in the summer of 2015, but many viewers haven’t forgotten it. 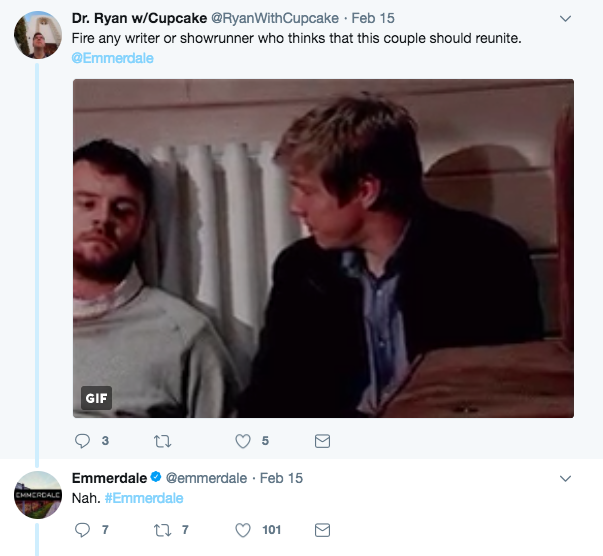 “Fire any writer or showrunner who thinks that this couple should reunite,” said the poster.

When other fans waded into the debate, Emmerdale answered in more detail.

“We appreciate some people may not like particular storylines or characters and we welcome differing opinions,” its spokesperson wrote. 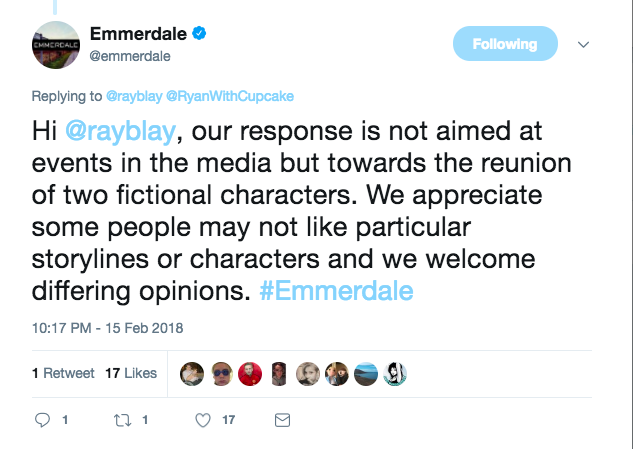 And later it added: “We appreciate how some fans may not have enjoyed the storyline, however we’re not going to fire staff.” 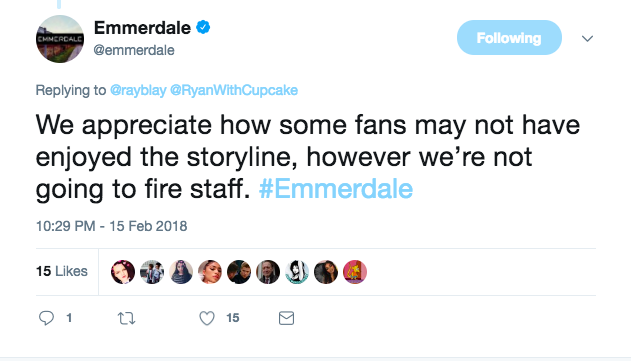 With just a few days to go until the promised Robron reunion, we’re thinking the haters are just going to have to hate!

Do you think Robert and Aaron belong together? Leave us a comment on our Facebook page @EntertainmentDailyFix and let us know what you think!