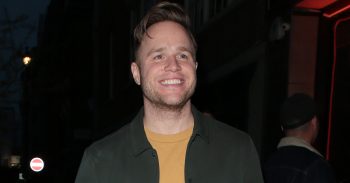 They have reportedly been seeing each other for a few weeks

The 34-year-old singer met the Love Island star during a night out in Essex last month and went on to invite her to be his guest at the semi final of The Voice.

And though the Troublemaker hitmaker initially claimed they were just friends, pals insist they are growing increasingly close and a relationship is developing between them.

A source told The Sun newspaper: “Olly is smitten with Zara and it’s not hard to see why.

“He tried to make out they’re just mates but there’s real chemistry between them. Now their romance is blossoming into a relationship. He treats her like a princess and is very complimentary about her.”

Despite their fame, Olly and 21-year-old Zara – who has been single since splitting from Love Island co-star Adam Collard in February – have apparently been able to enjoy a string of low-key dates so far.

The insider added: “It takes a lot to get Olly’s attention but Zara has really turned his head. Their dates have been out of the public eye and it’s been nice for them to connect on a deeper level without any prying eyes.”

The source said Olly’s friends are “desperate for him to find someone to settle down with” and Zara seems “perfect for him”.

Ent Daily has contacted a rep for Olly and Zara for comment.

The Dance With Me Tonight hitmaker has previously played down any suggestions of a romance with Zara.

Olly also admitted he thinks the brunette beauty “looks good” in a bikini after he liked one of her Instagram photos.

When quizzed about liking every bikini picture on her Instagram account, the Dear Darlin’ hitmaker added: “No I didn’t, that’s a lie. She looks good in a bikini. What’s wrong with that?”

What do you think of Olly’s new romance? Let us know on our Facebook page @EntertainmentDailyFix.