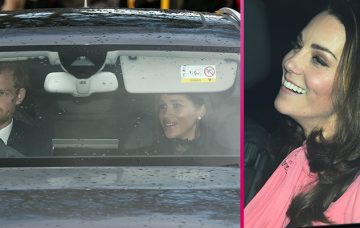 A string of royals arrived for the celebrations

Her Majesty opened the doors to Buckingham Palace to welcome the royals for her annual Christmas feast.