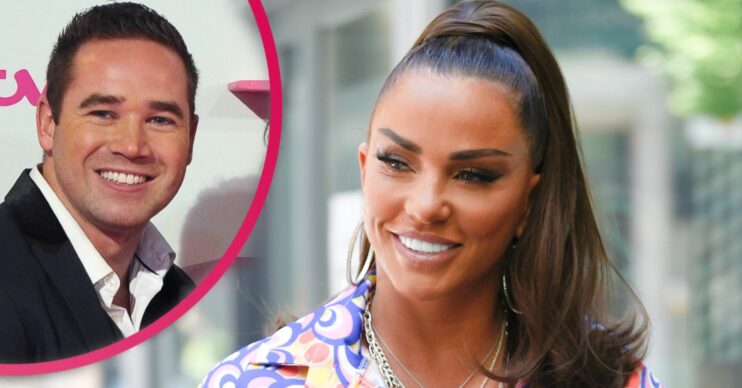 Smiling Katie Price celebrates as divorce is finally made official

Katie Price is all smiles today as her divorce from ex Kieran Hayler has finally become official. Katie, 43, has been waiting for over three years to get the paperwork that confirms the end of her tumultuous relationship with Kieran. The former glamour model initially thought that chapter of her life was done and dusted […]

Katie Price is all smiles today as her divorce from ex Kieran Hayler has finally become official.

Katie, 43, has been waiting for over three years to get the paperwork that confirms the end of her tumultuous relationship with Kieran.

The former glamour model initially thought that chapter of her life was done and dusted in March. She posted a telling image to Instagram as she beamed from ear to ear alongside her fiancé Carl Woods.

However, her decree absolute – the document that officially ends a marriage – only came through this week.

The arrival of the document means Katie is now a free agent and able to tie the knot with Carl.

A source told The Sun: “Katie got mixed up back in March and thought that signing the papers meant she was ‘free’ of  Kieran – she didn’t realise it would be another few months until she was legally single.

Read More: Katie Price feared she was “going to die” after recent surgery

“But now she’s dealt with all the paperwork she’s finally able to move forward and marry Carl.”

Katie’s rep also confirmed to The Sun: “This is correct. Katie believed the divorce had been finalised but this was in fact the decree nisi – not the absolute.

“The divorce was amicable – focus being on positive parenting relations for their children. Katie looks forward to planning her wonderful wedding to Carl Woods as she’s now officially single to proceed.”

Kieran, 34, also confirmed the news to Mail Online. He said: “As of July 12 we are now divorced. It took just over three years. We didn’t rush it, it was in the process for a long time and Covid-19 hit, which held up the courts. It wasn’t in our hands.”

He added: “I’m not even joking, it didn’t cost any more than £500, because there was no legal battle. We share custody of the children and we arranged that ourselves, and we do stick to it.

“I said to her, I will be the only person that doesn’t take any money from you because that’s not who I am, I don’t want her money.”

The couple separated in 2018 after it was revealed Kieran had been cheating with their nanny. They were also rocked by an infidelity scandal in 2014 when he admitted to an affair with her best friend of 20 years Jane Pountney.  He also strayed with another friend of reality star Katie, Chrissy Thomas.

Katie stayed with Kieran despite his behaviour in their relationship as he was allegedly battling sex addiction at the time.

They had been together for just two months when they got married in 2013.