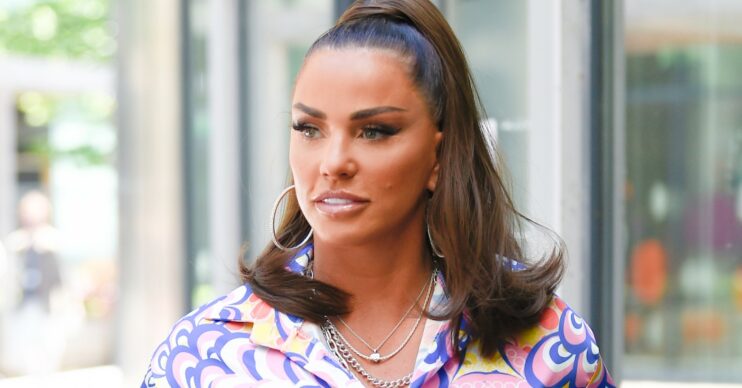 The former Loose Women's star family is being targeted by trolls

The sister of Katie Price has slammed trolls who have criticised her for supporting her sister following her drink-drive sentencing.

The former glamour model was sentenced on Wednesday, December 15.

The mum-of-five was under the influence of drugs and alcohol, before being involved in a crash near in home in September.

Katie has been sentenced to a 16-week prison sentence, suspended for 12 months. In addition, she will have to undergo 100 hours of unpaid work.

As a result, Katie’s sister, Sophie Price, 31, took to Instagram to share support for her sister with a sweet reply.

Katie had shared a throwback photo of her son Junior, now 16.

Sophie then shared her encouragement by posting a string of blue heart emojis in the comments.

However, some fans were quick to question why she was being so nice.

When she asked what she would feel embarrassed about, another troll said: “About her being your sister for one.”

Sophie then hit back, saying: “No, actually, I’m not embarrassed! I have a sibling who’s taken responsibility for her actions…

“Rightly so, and has been extremely honest and open about her mental health.”

Sophie and Katie have grown closer in recent months. The sisters recently launched a new children’s clothing line together.

Meanwhile, during Katie’s sentencing, the judge told the star that her actions “could have killed someone”.

“I cannot send you to jail today even though you may deserve to spend Christmas behind bars,” District Judge Amanda Kelly said after the sentencing was passed.

“You are extremely lucky the magistrates on a previous occasion decided to defer their decision.”

“When you chose to get behind the wheel that night you showed no concern for others,” she continued. “You could have killed somebody.

“Your actions meant the emergency services had to use up their precious time. You knowingly and deliberately flouted a court order and not for the first time. You seem to think you are above the law.”