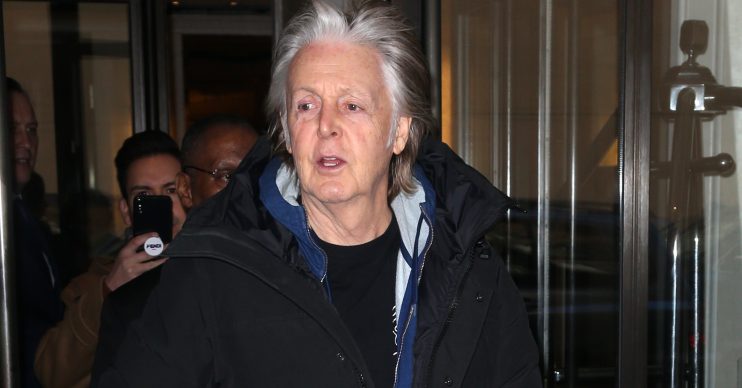 Sir Paul McCartney reveals his grandson was robbed at knifepoint

Star did not say which one it was

Sir Paul McCartney has told how his grandson was robbed at knifepoint.

The 77-year-old Beatles legend didn’t reveal which of his grandchildren had their phone stolen in the attack, but he urged anyone in the same situation not to fight back.

“He was saying the worst thing was that he should have just thumped the guy; he came back and felt a coward.

The Hey Jude hitmaker recalled a similarly scary moment from his youth in Merseyside when a group of kids mugged him in the street.

He said: “When I was a kid, it was four guys and they nicked my watch. I was of a similar age. I just happened to be on my own, bigger kids came along and it was the same feeling.”

Meanwhile, Macca recently admitted he started to “believe” rumours he and his late bandmate John Lennon were “arch-rivals” after reading so many stories about how their relationship was “very heavy and ugly”, so he likes to look back at old photos and see their bond.

Speaking about a 1968 photo of himself and John taken by his late wife Linda in Abbey Road studios shortly before the band’s breakup, he told The Guardian: “The rumour started going around that John and I didn’t get on well, we were arch-rivals, that it was very heavy and ugly.

“The strange thing is you sometimes get to believe something, if it’s said enough times. So I used to think: ‘Yeah, it’s a pity, you know, we didn’t get on that well.’

“So this picture is a blessing for me. It’s like, this is how we were: this is why we related, or else we couldn’t have collaborated for all that time….

“Just seeing the joy between us here really helped me, because it reminds me that the idea we weren’t friends is rubbish. We were lifelong friends, our relationship was super-special.”