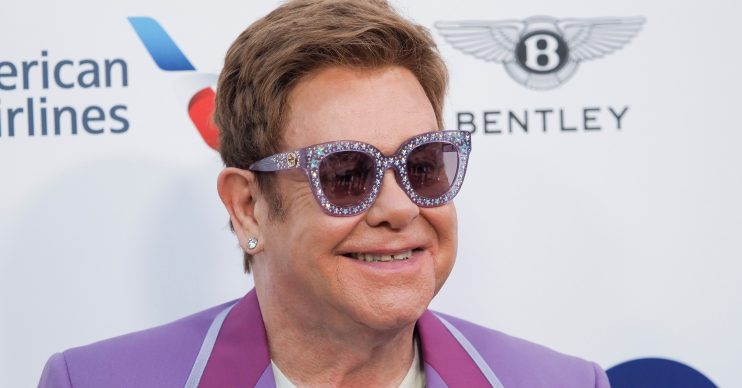 A side to him fans had never seen...

Sir Elton John branded security guards at his own concert “turds” and told them to “[bleep] off” in a foul-mouthed tirade.

The 72-year-old singer kicked off the Australian leg of his Farewell Yellow Brick Road tour at Perth’s HBF Park Stadium on Saturday (30.12.19) and was infuriated when he saw two members of venue staff trying to eject a woman from the show.

Read More: Liam Payne ‘jumped by three bouncers during night out with girlfriend’

Video footage from the gig circulated online showed Elton shouting from the stage: “Hey, you two security guards with the girl… [expletive] off!’

“Let her up here immediately… come on, you [bleep]!

“Morons. Both of you morons. You don’t treat girls like that. Leave her alone, you turds.”

However, the Candle in the Wind hitmaker apologised for his “rant” later in the set.

Today Perth presenter Louise Momber, who was in the crowd, told Sydney Morning Herald: “He was so angry. He said he can’t stand violence against women and had to say something.

“He sang the next song and then immediately apologised for his rant – but said it’s something he’s really passionate about. It was certainly a side of Sir Elton I’d never seen before.

“One of the biggest music stars in the world – and he took on Perth security guards.”

It is unclear why the woman was escorted out of the audience but a spokesperson for the venue said the female was removed from the front of stage with the approval of Elton’s on-stage security representative.

The spokesperson told the Sydney Morning Herald newspaper: “Under the circumstances, the security team acted appropriately and we (VenuesWest and security) worked together with Elton’s team to ensure that the event was safe and successful for the artist and the patrons.”