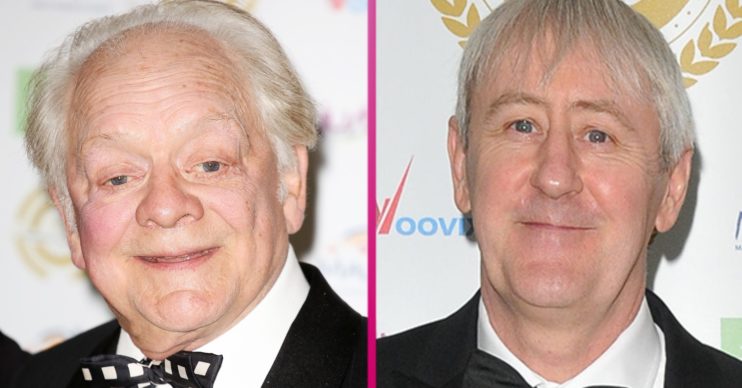 The Only Fools and Horses stars remain close

Sir David Jason has reportedly been comforting Nicholas Lyndhurst following the death of his son.

The 59-year-old actor recently lost his 19-year-old son Archie, and Nicholas’ former Only Fools and Horses co-star has been in frequent contact with the actor in recent weeks.

A source told The Sun newspaper: “Despite no longer being on screen together, David and Nick remain very close.

“So, as soon as David became aware of what had happened to Archie, he was in touch with Nick.

“He’s been in regular touch ever since and – like everyone else who cares for Nick and his family – is just trying to provide whatever support he can.

“Everyone’s hearts go out to what Nick and his family are going through at the moment. Nick’s heart is broken, and David is doing all he can to support him.”

Archie was found dead at his family’s home in west London on September 22 after a short illness.

Nicholas has said that he and his wife Lucy were both “utterly grief stricken” by Archie’s death.

In a statement, he said: “Lucy and I are utterly grief stricken and respectfully request privacy.”

Nicholas and Lucy have shared their grief in statements

She wrote on the photo-sharing platform: “We shall love him forever and a day and are the luckiest parents to have had the most wonderful unique son who has bought us nothing but joy in our lives.”

His words included: “I write this with an extremely heavy heart. Archie Lyndhurst came In to my life nearly ten years ago, playing the young me in a short film I’d written.

“He was brilliant, so talented and funny. An utter joy to work with.

“So much so that it proved to be the start of a wonderful partnership, we did a skit at the London Palladium, he played me again in a sketch for my arena tour and special, and when we needed to find an actor to play the young Alfie Wickers in Bad Education it was the easiest piece of casting we ever had to do.

Before adding: “Every time I worked with Archie he was the same – passionate, generous and pitch perfect, he was loved by everyone on set.

“I have no doubt he would have had a long and illustrious career and would have continued lighting up the lives of all those who encountered him.”

Indeed, CBBC announced the news of Archie’s death to viewers.

The children’s TV channel said: “We’re so sorry to have to tell you that Archie Lyndhurst, who so brilliantly played Ollie in ‘So Awkward’ on CBBC, has very sadly died after a short illness.”