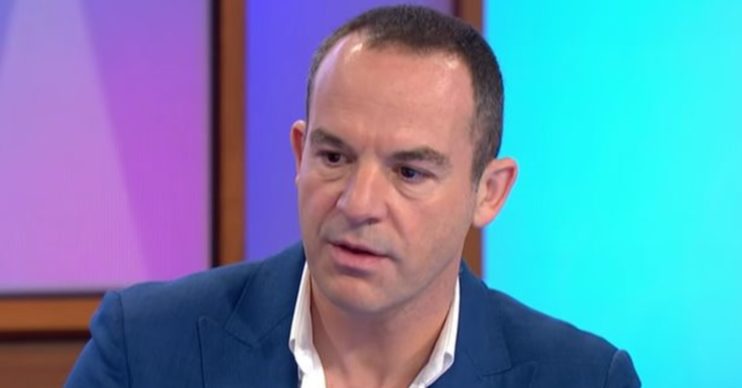 GMB stand-in host is baffled why The Apprentice star even shared it - as are the rest of us!

Martin Lewis has responded to Alan Sugar’s bizarre tweet about him having a face he’d like to punch.

Posting to Twitter yesterday, Lord Alan shared how he and his wife often discussed which people’s faces they would like to punch “for no real reason”.

“I know it’s not fair. They may be perfectly nice people,” he explained. “Martin Lewis is one of mine.”

“He is most probably a nice guy. I am sure some people think the same about me.”

I often discuss with my wife about people faces you would like to punch for no real reason.I know it’s not fair, they maybe perfectly nice people. She has her list of faces.Martin Lewis is one of mine.He is most probably a nice guy. I am sure some people think the same about me https://t.co/hY9JTf3S94

The tweet was in response to an article about Martin Lewis speaking out about how it can be scary when some fans confront him in front of his children.

Martin, who has been standing in on GMB this week, tweeted back, utterly baffled by the odd tweet.

He suggested Lord Sugar delete it and said he would not bite if the message had been an attempt to start a fight.

I don't understand the point of this tweet or of copying me in. If you're trying to start an argument I'm not biting. It's unnecessary, and if I may suggest would be best for all if you deleted. https://t.co/QsPzVLYzjx

Fans were divided over Alan Sugar’s tongue-in-cheek (we hope!) opinions on Martin, who has been standing in on GMB for the past three days.

Some went along with the joke. Others were confused as to why Alan would share his thoughts on something so… erm, strange?

“Counter argument: Most grown-up people don’t have a ‘list of faces they would like to punch for no real reason’,” added another.

However, some seemed to be not the biggest fans of Martin’s TV appearances.

One commenter added: “As much as I’m enjoying Martin on GMB, I do wish he would dial down his giddy meter. He was turned up to 10 this morning and 10 is the highest.”

“Same,” another agreed. “He talks too fast for me in mornings. I need at least 2 coffees before I can listen to him.”

Martin Lewis recently divided viewers when he turned up on Good Morning Britain looking unusually scruffy. He presented the breakfast show without wearing a tie, which annoyed some viewers.

The financial journalist and presenter was recently confirmed as a guest host for GMB after previous host Piers Morgan left. However, Martin insists that the replacement is temporary.

49-year-old Martin set the record straight after speculation suggested he was to take the Good Morning Britain job full-time.

“I’m excited & honoured to be a GUEST presenter, but definitely NOT looking for a longer stint or full time job,” he posted to Twitter.

What do you think of Martin Lewis on GMB? Leave us a comment on our Facebook page @EntertainmentDailyFix and let us know.