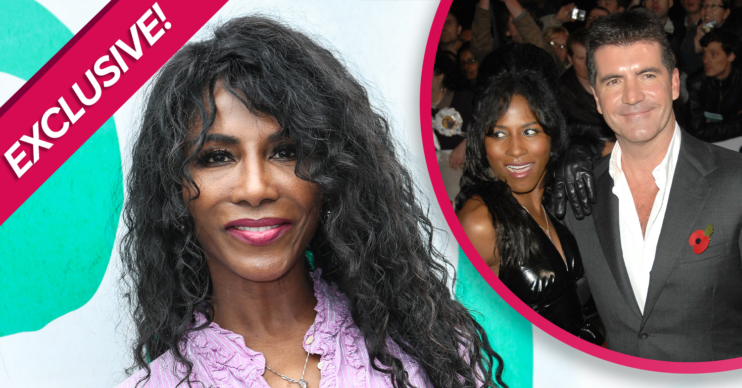 Sinitta has revealed that Simon Cowell is fitter now than before he broke his back in a horror bike accident.

The Britain’s Got Talent and X Factor mogul fell off his electric bike in August last year.

However, Sinitta has exclusively revealed to Entertainment Daily that Simon is not only fighting fit now, he’s doing better than he was before he broke his back.

What did Sinitta say about Simon Cowell and his accident?

Sinitta confirmed Simon has recovered from his accident.

She said: “He’s fitter than he was before he broke his back.

“He’s walking 10,000 steps a day and doing his physiotherapy and eating really healthily and he’s in great shape.”

She flew over to see him in Barbados at Christmas and said it was “really important” that she saw him in the flesh.

Sinitta admitted: “It is so worrying when someone close to you has an accident like that and worrying for Eric to witness the whole thing.

“I really wanted to see him in person because I didn’t want him to keep it from me if he was worse than he was saying he was, but actually he was in really good shape, good spirits, healthy.”

However, it doesn’t look as if Simon will be returning to our TV screens any time soon.

“It’s crazy but it looks like for the first time in 20 years we’re going to have a Simon Cowell-free TV.

“If you think back to Pop Idol all those years ago, he’s been on TV every year. Hopefully he’ll be back early next year or maybe one of the channels will buy America’s Got Talent.”

One thing Simon isn’t even telling his close buddy Sinitta about, though, is just what he spoke about during his three-hour walk with Piers Morgan after he quit Good Morning Britain.

“I saw the pictures of him walking with Piers and I did speak to him just before he went back to America,” Sinitta confided.

“I said: ‘Oh, are you getting Piers to do BGT?’ And he said: ‘You’ll see darling, we’ll talk about it.’ He was being a bit secretive.”

Simon Cowell in a ‘difficult position’

However, Sinitta also revealed that, in light of the Piers fallout after the Prince Harry and Meghan Markle interview, any TV collaboration between Piers and Simon “won’t be that cut and dried”.

She revealed: “I don’t know what’s going to happen now with the scandal with Harry, Meghan and Piers. The thing is Simon is also good friends with Prince Harry so I honestly don’t know.

“I would imagine it would be quite tricky because he’s friends with both of them.

If they were going to do something he would be feeling really in quite a difficult position.

“I think Simon is a more sympathetic and compassionate type of person and he’s also a very protective person. If they were going to do something he would be feeling really in quite a difficult position,” Sinitta said.

She added: “He wouldn’t condone Piers bullying Meghan or undermining her mental health issues and undermining if they’ve been treated with prejudice.

Sinitta added that, although they “haven’t discussed” it, going on the kind of man Simon is, “it wouldn’t be that cut and dried” when it came to taking sides.

“It wouldn’t be: ‘Oh Simon’s with Piers,'” she said. “It wouldn’t be a cut-and-dried situation because of the issues and the people involved.”

Sinitta famously dated her now friend Simon Cowell and, post-lockdown, she said she’s on the lookout for love again.

She recently admitted she got booted off dating app Hinge after someone reported her as a catfish.

However, although her account is back up and running she’s nervous about meeting someone in light of the tragic murder of Sarah Everard.

Sinitta said: “I’d like to meet someone the old-fashioned way or even with the people on an app to be able to meet them in a safe place. I’ve declined to go on walks, particularly after the Clapham tragedy.

“I just don’t know if it’s sensible to be going for walks in parks with strangers.”

Speaking about the calibre of men on the app, Sinitta said she’s been chatting to a couple of nice ones.

“There are some really nice guys on there but I get the vibe they like to move it on to meeting and chatting off the app, but it’s just so not me.

“The Clapham thing scared me a lot, so I’m going back to them saying: ‘Lockdown’s lifting a bit now so it would be nice to meet some place with a lot of other people.'”

She added: “I’m not saying you look like a murderer, but you’ve got to be careful.”

‘Not necessarily’ looking for marriage

“I wouldn’t itch to get married, I’m not necessarily looking for that,” she admitted.

“I’d like to just meet someone first and I kind of don’t want to lose faith that I can because I’ve been single for five years – the longest I’ve ever been single.

“I was really enjoying it and my freedom and space and now I think I’m ready to come out of that.”

Asked if she’s worried about men only wanting her for her fame, Sinitta admitted it’s not something she’s previously thought about when it comes to dating.

However, she did admit that many business propositions turned out to be because they thought she’d get Simon Cowell involved.

“You’ve got to have faith in humanity,” she said. “I would imagine only somebody really young would have the wrong intentions.”

“You think someone’s really interested in working with you but really they’re hoping you’ll get Simon involved.”

Sinitta gets her COVID-19 vaccine

After sharing a video of herself getting her COVID-19 vaccination to Instagram, Sinitta revealed she’s keen to use her platform for good.

As such, she’s been hosting live Q&As with leading doctors, with her followers asking questions that’ll hopefully give them a better understanding of how it works – and dispel fears and worries about having it.

“Lockdown’s given me a chance to reflect on the things that matter,” Sinitta said.

“It’s better than just showing endless pictures of myself – hi this is what I look like today, here’s me in another outfit.

“I’m not judging anyone who does that but when you’re not dressing up you have nothing to show except here’s me with a grey hairline because I haven’t been to the hairdressers.”