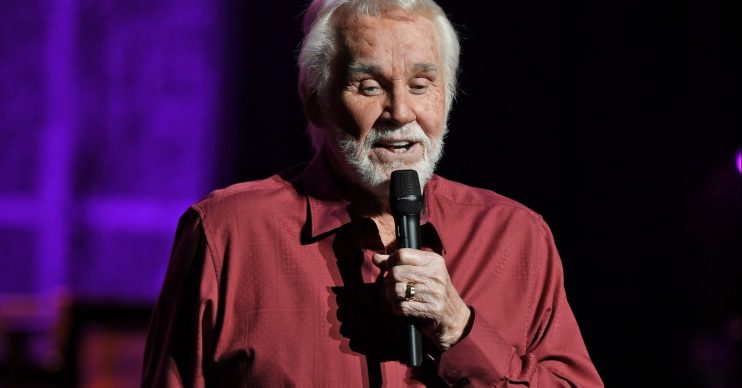 Country music legend Kenny Rogers has died at the age of 81 and his family are planning a reduced funeral gathering due to the coronavirus pandemic.

The singer-songwriter passed away on Friday (March 20) from natural causes while being cared for at home by a hospice team, his family confirmed.

A message for fans posted on his Twitter page, revealing he died “peacefully”, read: “The Rogers family is sad to announce that Kenny Rogers passed away last night at 10:25PM at the age of 81.

“Rogers passed away peacefully at home from natural causes under the care of hospice and surrounded by his family.”

A longer statement added that Kenny’s family are due to celebrate his life at a small funeral for family only, because of the coronavirus situation.

The Rogers family is sad to announce that Kenny Rogers passed away last night at 10:25PM at the age of 81. Rogers passed away peacefully at home from natural causes under the care of hospice and surrounded by his family. https://t.co/adxAgiMW2s pic.twitter.com/nggWiiotMT

However, a public memorial will be arranged for a later date.

The message explained: “The family is planning a small private service at this time out of concern for the national COVID-19 emergency.

“They look forward to celebrating Kenny’s life publicly with his friends and fans at a later date.”

Kenny’s lengthy music career spanned over six decades and included classic songs such as The Gambler, Islands in the Stream, Lady, She Believes In Me and Luicille.

Rogers passed away peacefully… surrounded by his family.

Initially finding fame with the group First Edition, he went on to enjoy immense success as a solo artist.

Over the course of his career, Kenny achieved 24 number one hits, was a member of the Country Music Hall of Fame and won CMA Awards six times and GRAMMY Awards three times.

In 2013 he became a recipient of the CMA Willie Nelson Lifetime Achievement Award and in 2015, he was made a CMT Artist of a Lifetime Award honoree.

Kenny announced a farewell tour in 2015, but cancelled the last few dates in 2018.

Speaking at the time, he said: “I didn’t want to take forever to retire. I’ve thoroughly enjoyed this opportunity to say farewell to the fans over the course of the past two years on The Gambler’s Last Deal tour.

“I could never properly thank them for the encouragement and support they’ve given me throughout my career and the happiness I’ve experienced as a result of that.”

Kenny released a memoir in 2012, titled Luck or Something Like It, and a year later released a novel, called What Are the Chances.

He had been married five times and is survived by his fifth wife, Wanda, and his five children.