American singer Kelsy Karter proved just how desperate she was to record a duet with Harry Styles by getting a picture of his face tattooed on her CHEEK.

The 24-year-old Los Angeles based singer was so desperate to catch the One Direction star's attention, she had his face inked on her own face. 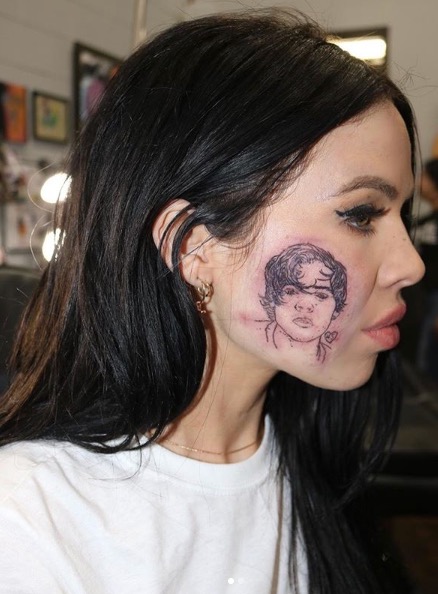 Harry Styles fan Kelsy has had his face tattooed on her cheek. (Credit: Instagram @kelsykarter)

Sharing pictures of her tattoo - which was done by artist Romeo Lacoste - on Instagram, the New Zealand born fan wrote: "Mama, look what I made me do. (sic)"

Kelsy, who has just dropped the video for her new single Catch Me If You Can, teased the inking on Twitter earlier this month, writing: "Finally know what I’m getting Harry for his birthday…."

Finally know what I’m getting Harry for his birthday....

She has also previously professed her love for Harry.

Finally know what I’m getting Harry for his birthday.

Talking to i-D in July last year, she said: "What I love about him from a professional standpoint is that he was the poppiest of pop stars, and then he went off on his own and made a classic rock album.

"For someone like me who wants to live in that world who hasn’t been in a boy band, he has opened the door for me. He’s introduced the kids to the kind of music I want to make." 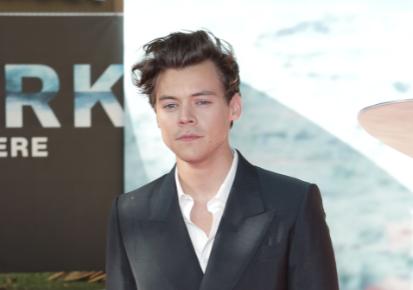 The One Direction star is yet to comment on the tattoo (Credit: Fameflynet)

She added: "For that, I’m really grateful. I also just want his career. I feel like I’m a female version."

Kelsy, who makes "vintage-influenced pop and soul with a contemporary twist", has also written a song for Harry’s former bandmate Zayn Malik although it is yet to be released.

Harry found fame on The X Factor in 2010 and went on to be part of one of the biggest boy bands in the world along with Liam Payne, Niall Horan, Zayn, and Louis Tomlinson.

The boys then went their separate ways in 2016, with Harry launching a successful solo career and getting into acting with a starring role in the film Dunkirk.

Have you got a tattoo of a celebrity? Leave us a comment on our Facebook page @EntertainmentDailyFix and let us know!