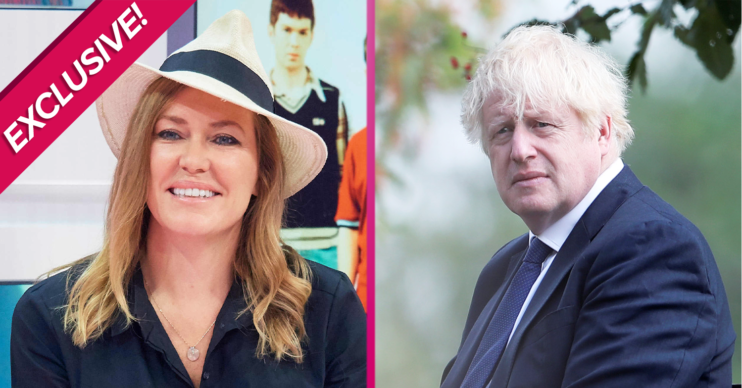 Singer Cerys Matthews has revealed she’d have “done things differently” if she’d been in charge of the country during the coronavirus pandemic.

Cerys made the comments while speaking exclusively to Entertainment Daily to launch her new album of poem songs, We Come From The Sun.

Clearly passionate about the impact the pandemic – and the government’s actions – have had on the arts, Cerys said: “I think I’d have done things differently.”

What did Cerys Matthews say about the government?

She added: “I’m not going to go into detail, but I’d have definitely prioritised keeping people in work. That would help.”

On the day that the Prime Minister announced his new tiered postcode lockdown system, ED! asked Cerys what she thought about the chancellor’s recent comments about the arts.

He indicated that people working in the arts should retrain in order to now seek new employment.

Appearing to suppress her fiery answer and bite her tongue, Cerys told ED!: “I don’t think you’d be able to write anything [I said] in your paper.”

She added: “This industry, the creative arts, it’s huge for this country. It has implications across the tourism industry – you see the Beatles and the Stones and everything that’s gone before. It’s huge.

“And I think a little bit of freedom to go out and start safely playing and supporting our creative industries would be the way to go really.”

Cerys also revealed she feels for veteran singers like her old pal Sir Tom Jones, who are unable to tour during the pandemic.

“Like many of us musicians, especially someone like Tom and I caught up with Van Morrison recently, these guys have been touring every year relentlessly since their mid-twenties and they’re now in their seventies and eighties.

There’s got to be a way of opening up to allow a semblance of work for a huge chunk of the population safely. There has to be.

“That’s a lot of decades, a lot of ritual, habit and rhythm. That’s their life blood, they’re musicians, first and foremost, regardless of profile and anything else. They love music and they love to be sharing music with an audience. So I feel for them, I really do,” she said.

“I feel for any musician, and actors, who can’t go out there and do what they’re trained to do, what they have the urge to do and what they’re good at doing and what brings us so much joy. And moreover what brings the country so much money in economic terms.

“I feel for them. I just don’t know how long this is going to go on for. There’s got to be a way of opening up to allow a semblance of work for a huge chunk of the population safely. There has to be,” she said.

Does she miss her Catatonia days?

So is there anything she misses from her days as the “Queen of Britpop” and her band Catatonia’s heyday?

“Live music,” she quipped, touching on her earlier comments.

“I don’t look back at all. I don’t miss being on the road because it’s a lot more comfortable in my own bed.

“It’s a lot less tiring and I’m surrounded by things and people I love and who like me a little bit so it’s quite nice actually being home and not touring. Touring is pretty 24/7.”

One thing she would love, though, is another duet with Sir Tom.

The pair teamed up on Christmas release Baby It’s Cold Outside in 1999.

“If he asked me I would jump because he’s brilliant,” she said.

She almost gave birth at a Tom Jones concert

Cerys – who is mum to kids Glenys, Johnny and Red – also joked at how she almost ended up giving birth to her son at a Tom Jones concert.

“I was going to see him in a casino in Tupelo when I was living in America and I was nine months pregnant,” she said.

“My contractions started coming so I had to turn back for home and I had my son then. So beware of going to see Tom Jones,” she laughed.

New album and her antidote to trolls

Speaking about her new new music, Cerys said the album was a joy to work on in “this era of loudness”.

She also pointed to Twitter “”where you can’t have an opinion unless you’re ready for a huge torrent of abuse to come at you”.

She added: “You know, you tend to start trying to keep quiet, which is a horrible feeling. It’s horrible stuff. I just thought why don’t I invite these poets to work together so it’s not just one voice, it’s a myriad of voices, a myriad of perspectives. So we’re talking about one theme loosely but coming from ten different perspectives.”

Cerys Matthews’ new poetry album We Come From The Sun is released in January on  Decca. Pre Order is available here.