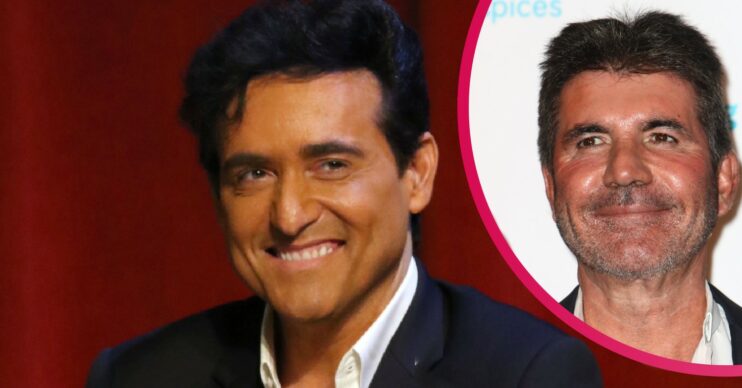 Carlos passed away earlier this month at 53 years old

Simon Cowell made a heartfelt gesture to Il Divo singer Carlos Marin before he sadly passed away on December 19.

Carlos’ ex-wife, Geraldine Larrosa, has now opened up about how Simon reached out to offer his help.

Carlos and Simon knew each other well. Very well, in fact, as it was Simon who brought Carlos, Urs Bühler, Sébastien Izambard, and David Miller together to form Il Divo back in 2003.

In an interview with Hola!, Carlos’ ex-wife, Geraldine, explained how Simon had tried to help when Carlos fell ill with Covid. She spoke about how the 62-year-old was even willing to charter a jet for Carlos so he could fly back to Spain.

“Simon Cowell personally phoned the hospital and offered to help with anything,” she said.

“To help him, send him a plane in case they could fly [to Spain] sooner, but it was impossible,” she explained.

“He was very sick and he would not have survived the pressure of the plane.”

The music mogul posted a touching tribute to the singer for his 10.9m followers to read.

“I am finding this so difficult to put into words how I feel right now,” he confessed. “I am devastated Carlos Marin has passed away.”

He continued, writing: “He loved life. He loved performing and always had so much appreciation towards the fans who supported the group from day 1.

“Rest in peace Carlos. I will miss you.”

Carlos died on December 19 after a devastating battle with Covid-19. He was just 53 years old.

The star had flown from Madrid to Manchester in early December but was taken ill on December 7. Despite being vaccinated against the virus when he was in Mexico, Carlos’ condition worsened and he was taken to the hospital.

The singer was put into a medically induced coma when he was at the Royal Infirmary hospital. On the evening of December 19, Il Divo broke the devastating news that Carlos had passed.

“It is with heavy hearts that we are letting you know that our friend and partner, Carlos Marin, has passed away,” they said.

“He will be missed by his friends, family and fans. There will never be another voice or spirit like Carlos.”

Carlos’ mother reportedly believed that if Carlos had been in hospital in Madrid, he would have lived.

At Carlos’ funeral, his ex-wife Geraldine revealed that the pair had planned to re-marry.

“We have been together for 30 years although you’d travel and we’d separate and get back together again,” she said outside the funeral home.

“During these two years of pandemic, we’d been together. We were going to marry and it’s not happened in the end.”