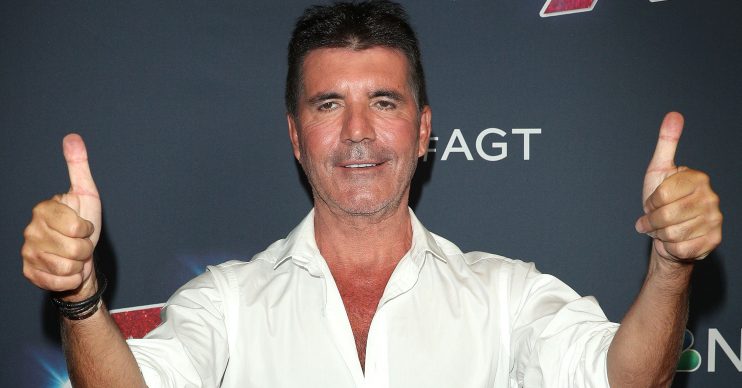 Look out for him on the beach in Barbados soon!

He recently showed off the results of his 20lb weight loss while on holiday with his family.

Now it seems X Factor boss Simon Cowell is so keen to achieve a rippling six-pack that he’s undergoing treatment costing £75,000 to define his abs.

Simon – who recently turned 60 – is having sessions on his very own TESLA Former toning machine.

Simon’s pal Sinitta revealed that she bought the machine for the music mogul for his milestone birthday.

Sinitta told The Sun: “For his birthday I got him this machine that you exercise with for half an hour every day and it absolutely rips your abs to shreds.”

She added: “So look out for him on the beach in Barbados this Christmas.”

Sinitta revealed that she had a “loving” chat with Simon, telling him that he needed to shape up.

She said he wasn’t “looking healthy or good any more”.

As a result, Simon – who is in a long-term relationship with Lauren Silverman, and dad to son Eric – turned vegan and shed a stone and a half earlier this year.

For a vain guy he really let go for a while. But now he’s going for the six-pack, the whole thing.

Speaking about his dramatic transformation, Sinitta added: “I think he’s feeling pretty good. For a vain guy he really let go for a while. But now he’s going for the six-pack, the whole thing.”