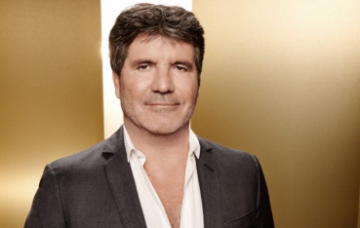 Simon Cowell shows off painful-looking sunburn on holiday in Barbados

He enjoyed a day out at the beach with his family

Simon Cowell is enjoying a luxury holiday in Barbados with his partner Lauren Silverman, their son Eric and her teenage son Adam.

But it seems The X Factor boss forgot to top up on the suncream as he showed off his painful-looking sunburn during a day out at the beach.

Simon, 59, flaunted his very red chest as he spoke to fellow holidaymakers and even befriended an adorable monkey, which was seen perched on Simon’s shoulders.

Relaxing in swimming shorts, a life jacket and Raybans sunglasses, Simon pet the monkey before holding out his arm to let the animal walk up and perch on his shoulders.

The family later hit the sea to jetski and little Eric, four, proved he’s his famous dad’s mini-me as they walked hand-in-hand on the beach.

It comes after Simon and Lauren reportedly recused a stray dog during the trip during his annual auction for homeless pooches on the island.

According to The Sun, the music mogul met terrier cross Daisy and immediately “fell in love” and decided he’s going to bring her home to the UK on his private jet.

The publication claims Daisy was found abandoned with her two puppies before being found by charity K9 Friends.

Simon is known for loving dogs and last year, he donated a whopping £25,000 to the Humane Society International (HSI) to help close a dog meat farm in South Korea.

The organisation aims to rescue more than 200 caged dogs and puppies that are bred for human consumption.

And Simon’s generous donation helped the organisation fund a rescue operation at a dog meat farm in Gyeonggi-do, while his fame has also had an “impact” in raising awareness in the country.

The operation was the 13th dog meat farm the organisation have shut down and they found the canines in the facility were covered in sores and had skin diseases, and were kept in dirty, sparse wire cages with “absolutely no enrichment or comfort.”

Wendy added to PEOPLE: “It’s my fifth dog meat farm closure with HSI and honestly, it never gets any easier, it never feels any less horrific to see these dogs clearly so terrified and yet so desperate for human affection.

“The conditions are utterly shocking, a factory farm for dogs where they are kept in tiny prisons day in day out. And yet to be there with my HSI colleagues to lift these guys out of that deprivation and suffering, is the best feeling in the world.”

South Korea still has around 17,000 dog meat farms, with HSI hoping to shut down as many as they can and to get the country’s government involved in help trying to eradicate the industry.