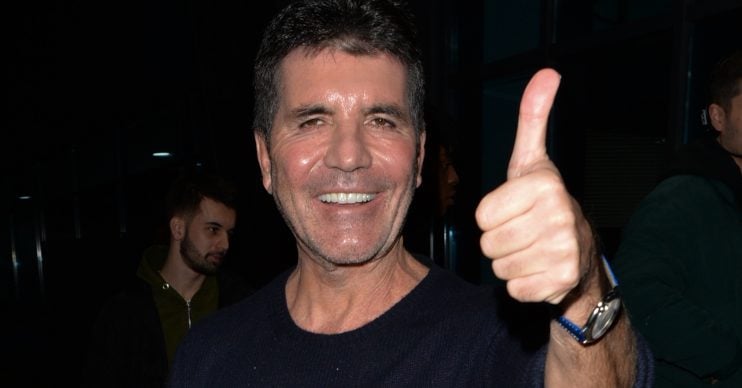 He's doing it for the kids

The X Factor‘s winner’s song is as much a part of Christmas as Santa, turkey and tinsel.

However, this year, show supremo Simon Cowell has decided to do things a little differently with news that the winner’s single has been dropped.

Instead of the winner of The X Factor: Celebrity releasing a single to vie for the coveted Christmas number one spot, all the hopefuls will instead release a charity single.

Megan McKenna, Martin Bashir, Try Star and Love Island band No Love Lost will all feature on the single, alongside Vinnie Jones and the rest of the acts from the live shows.

Read more: Saffron Barker is the latest star to be voted off of Strictly Come Dancing

They’ll be releasing a cover of Snow Patrol’s Run.

The winner’s song is just being rested, because a group charity track just seemed a better fit this time round.

The track is expected to be performed on this weekend’s X Factor: Celebrity live grand final, which airs on ITV at 7.10pm on Saturday.

A source explained why Simon had decided to ditch the winner’s single and reinstate the show’s charity single – which last hit the charts back in 2011.

Read more: I’m A Celebrity viewers think Andrew Maxwell will be the first campmate to leave

They said: “Since streaming influenced the charts, it’s become incredibly difficult for X Factor acts to top the charts on the back of the show, so everyone is being realistic.”

They added: “The winner’s song is just being rested, because a group charity track just seemed a better fit this time round.”

Proceeds from the track will benefit children’s charities Shooting Star Children’s Hospices and Together For Short Lives.

The news comes as it was revealed that Simon’s X Factor: The Band show is set to start on Monday December 9.

It will do battle with Little Mix’s BBC show The Search.