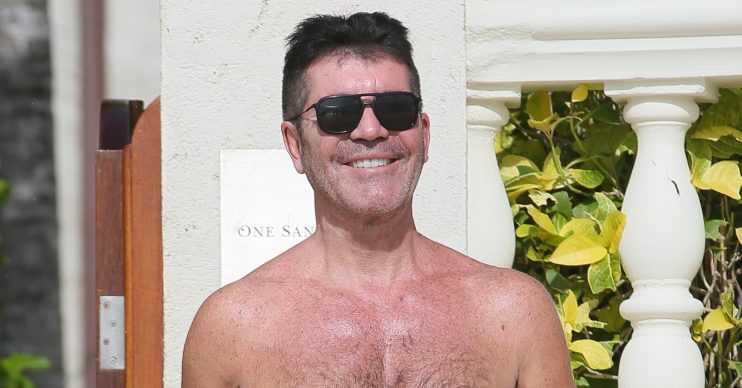 His festive getaway just got even more expensive!

Music mogul Simon Cowell has shown his caring, sharing side by donating almost £200,000 of his own money to a Barbados dog charity.

Simon is currently on holiday on the Caribbean island with his girlfriend Lauren Silverman, their son Eric and her son Adam.

They also appear to have taken their four-legged friends Squiddly, Diddly and Freddie with them.

And, after it allegedly failed to raise enough funds, the Daily Mail reports that Simon was forced to lend a helping hand.

Lots up for grabs including VIP concert tickets, rental of a house in Barbados for a week and a malt whiskey bottle signed by Boris Johnson.

However, despite recently dropping 20lb after adopting a new, healthy lifestyle, Simon did suffer a wardrobe malfunction on the night.

I am 100% cloning the dogs, all of them. I am doing it because I cannot bear the thought of them not being around.

A button on his shirt is said to have popped off, with girlfriend Lauren rushing to his aid with a safety pin.

Simon heads to Barbados every year over the festive period, and was seen showing off the results of his weight loss as he walked on the beach with his family and his dogs.

Last year, X Factor boss Simon revealed he had plans to “clone” the dogs so that he never has to be without them.

He told The Sun: “I am 100% cloning the dogs, all of them. I am doing it because I cannot bear the thought of them not being around.”