So fans did a double-take when they 'spotted' the telly favourite in a picture from the night!

After Ant & Dec picked up the Best Presenter award, they retreated backstage for their annual behind-the-scenes press room selfie. 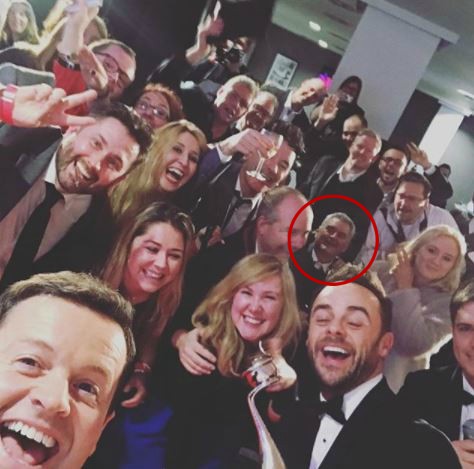 And many fans were adamant they spied Eamonn lurking in the mix!

Can you see him?!

However, it wasn't actually Eamonn - just a dead ringer!

Eamonn's wife Ruth cleared up the speculation on Wednesday's Loose Women, saying the mystery man definitely WASN'T Eamonn - even if he did look like him!

"Eamonn is really not well," she said. "So many people have this horrible lurgy."

When the audience cooed in sympathy, she quipped: "Don't feel so sorry, though, as he's lost his voice!"

I can assure you that was not my husband! He's lost his voice and was at home in his dressing room. 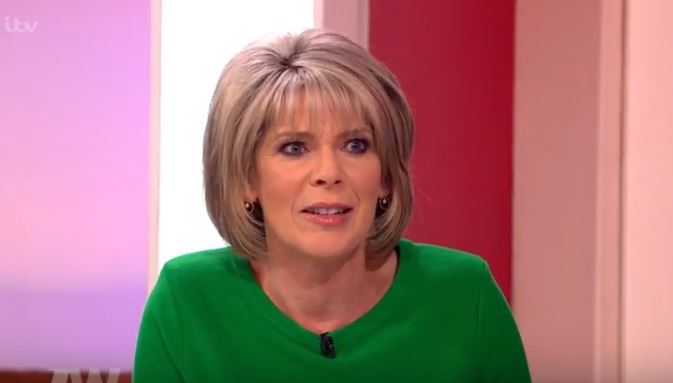 Ruth then said: "Apparently, according to This Morning, there were rumours he was actually there undercover. Somebody said [they saw him]."

She then showed the picture Ant & Dec posted, prompting all the Loose Women to say the man in the photo really does look like Eamonn!

Laughing, Ruth said: "I can assure you that was not my husband! He's lost his voice and was at home in his dressing room and was there when I got home, waiting for me."

Poor Eamonn fell ill last week and was forced to skip Friday's episode of This Morning and his hosting duties on talkRADIO on Monday and Tuesday. 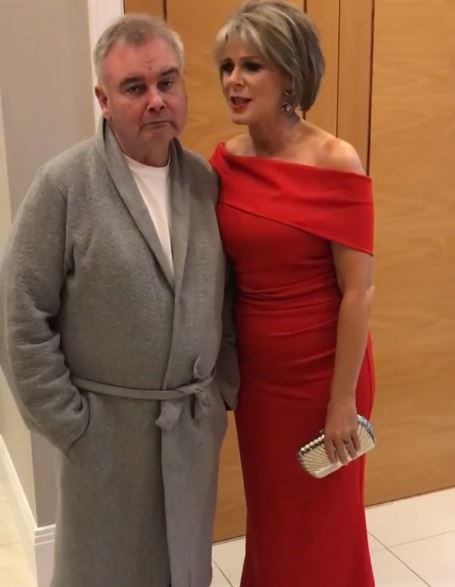 It meant he was too unwell to go to the NTAs, where This Morning picked up the Best Daytime programme award.

Posting a sorry looking photo to Instagram before Ruth left for the event, he told fans: "One of us is off to The NTA Showbiz Ceremony and the other is staying at home poorly, uncared for abandoned, coughing endlessly. Can u guess which of us is doing what?"

He then shared a video which saw Ruth saying: "My little sickly husband. This will be the first time I have been to the NTAs without you. You can't even speak can you?"

Shaking his head, Eamonn managed to croak out: "You better not speak, you're looking far too gorgeous!"