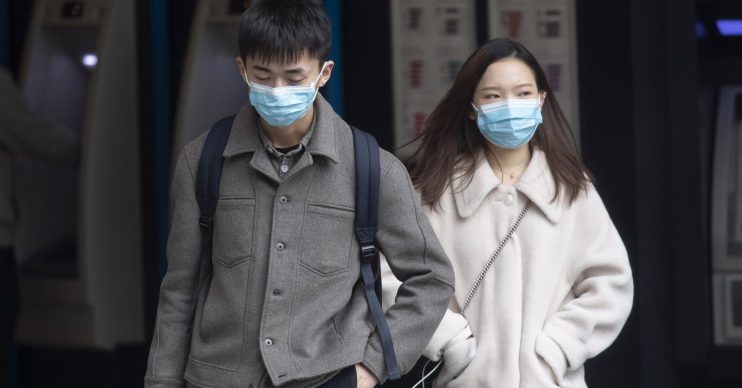 People should wash their hands after touching cash

Shoppers run the risk of being infected with coronavirus via contaminated bank notes, experts have warned.

Similarly, the Bank of England admitted that bank notes could “carry bacteria or virus” just “like any other surface”.

But according to Yahoo Finance, a spokesperson for the central bank said the risk posed by Britain’s polymer notes is “no greater” than that of any other common surface, like doorknobs and handrails.

It comes amid warnings from the Chief Medical Officer for England that the UK is likely to see “some deaths” in the coming months as a “significant number” of people catch the flu-like coronavirus.

It would also be advisable to use contactless payments to reduce the risk of transmission.

The UK Government’s Chief Medical Advisor, Chris Whitty, said the NHS and businesses should work under the “sensible” assumption that as much as 20 per cent of Britain’s work force could be off sick at once.

Professor Whitty said, as reported by The Sun: “It is almost certain there will be more cases, probably a lot of cases, and we would expect some deaths.

Reports last month suggested that as many as half a million people in the UK could die from the virus.

But in his speech this week outlining the Government’s action plan, Prime Minister Boris Johnson was eager to reassure concerned Brits as he insisted that for the vast majority of people who contract it, coronavirus will be a “mild disease”.

The PM explained on Tuesday (March 3 2020), in a speech broadcast on This Morning: “For the overwhelming majority of people who contract the virus, this will be a mild disease from which they will speedily and fully recover, as we’ve already seen.”

How old is Alina in Coronation Street and is Ruxandra Porojnicu single?