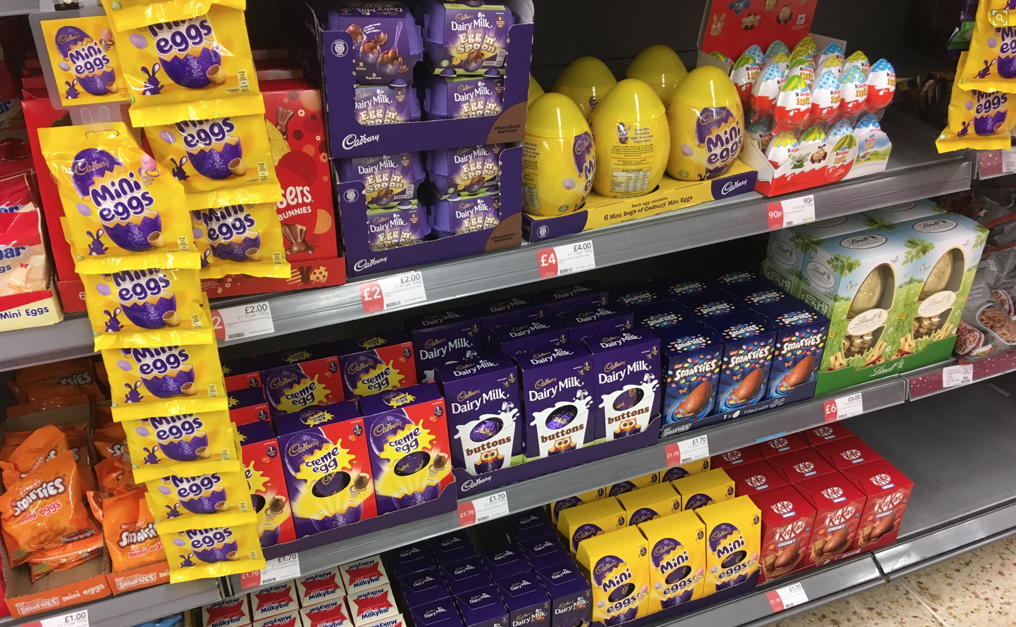 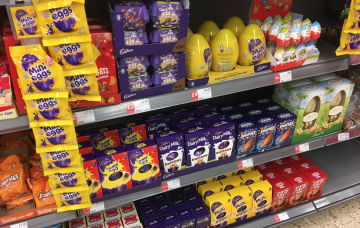 The Co-op has defended its decision

With the Easter holidays still four months away, some UK stores have decided now’s the time to stock the chocolate eggs on their shelves.

Appalled shoppers, who discovered them on sale as early as Boxing Day, have taken to social media to share photos of the treats on full display and vent their anger.

Easter eggs in my local Co-op!! 🤔😖 I’ve not eaten my Christmas chocolate yet 😏 pic.twitter.com/ElAGMspuxh

One even branded the decision a “hate crime” while another said the retailers should be “ashamed of themselves”.

The Co-op, one of the chains spotted selling the eggs, has been busy defending itself via its official Twitter account by replying directly to miffed customers.

Why am I seeing Easter Eggs on the shelves 2 days after Christmas? This should not be allowed #wrongtimeofyear #easterisagesaway #christmas #festivities #JesusChrist #birthday #familytime #eatentoomuch #drunktomuch pic.twitter.com/CXMBSFpW3N

One shopper tweeted: “Barely processed the Christmas food and there are already Easter eggs on the flippin shelves at Co-op.”

The supermarket said in its reply: “Hi Mr Grumpy, from experience we know some customers like to buy them early and we think it’s okay to give those people a choice. We’ll have them in stock closer to the time too.”

@coopuk Really? Seriously? Honestly? Christmas time is not over yet and you already start Easter eggs? It’s getting ridiculous. pic.twitter.com/JExGr8Phm4

Hi Rio, some people enjoy them before Easter. You don’t have to buy them now, but many people do, and we think it’s fine to give those people a choice. It’s also fine to wait, as we’ll have them in stock closer to the time too. I hope you had a lovely Xmas. ^Ahmad 🙂

Easter eggs in the @coopuk . Should be ashamed of themselves.

Christmas is well and truly over – the Easter eggs are out in the Co-op pic.twitter.com/qSOPzrU2ib

Another customer said they saw one store putting out Easter eggs on Christmas Eve and that the shop-worker just shook his head as he did it.

While most people shared customers’ fury, some welcomed the early Easter sale.

One wrote: “Guys, don’t panic. Christmas may be over but Creme Eggs and Mini Eggs are already on sale. PRAISE BE!”

Hi Paul. Some people enjoy them before Easter and due to popular demand we like to give those people a choice. We will still have them in stock closer to the time too. I hope you had a lovely Xmas. Thanks. ^Jamie

Christmas is over. Easter Eggs and Hot Cross Buns are on sale.

If #Christmas is still happening for you then don’t fear #EasterEggs are now on sale pic.twitter.com/mjeBkODVC0

Why when I went in the shop before did I see Easter eggs???? It’s only just been Christmas ??????

hey tescos it is TWO(!!) days after christmas could you PLEASE wait until at least 2019 to start selling easter eggs

🚨 Guys, don’t panic….Christmas may be over but Creme Eggs and Mini Eggs are already on sale. 🚨PRAISE BE! #2019 #Easter #EasterEggs pic.twitter.com/31nsXjQrL1

They received a reply that said: “It’s a Christmas miracle!”

But the mood of the vast majority was summed up by an angry shopper who posted: “Co-op are already selling Easter eggs. At this point I think we are being trolled. THIS IS A HATE CRIME.”

Is it too early to be selling Easter eggs? Leave us a comment on our Facebook page @EntertainmentDailyFix and let us know what you think!