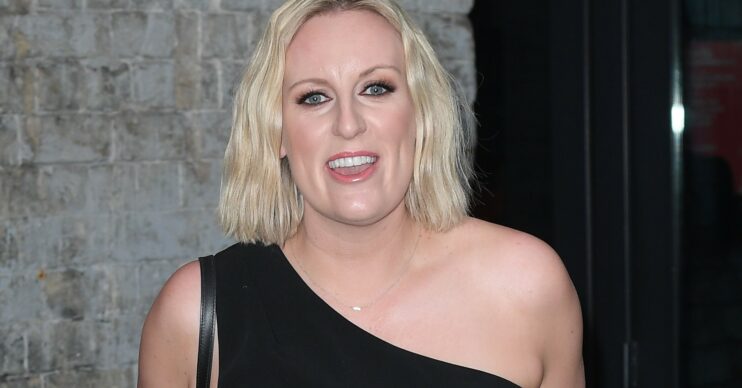 Steph has been open about her condition on social media

Shop Well for Less star Steph McGovern once revealed a health condition left people mistaking her for being pregnant.

The star, who appears on a repeated episode of the BBC show tonight (September 30), previously opened up about battling IBS (irritable bowel syndrome).

The Steph’s Packed Lunch star, 39, had explained how filming for Easy Ways to Live Well helped her overhaul her diet.

Speaking on BBC Breakfast last year, Steph said: “I’ve got dodgy guts, and in the show they analyse me and I find out that I’m in the worst 20 per cent of the nation for my gut’s health.

“Even though I don’t eat loads, when I do eat – I’m not eating great. I regularly have crisps for breakfast.”

She then added: “I get mistaken for being pregnant quite a lot. I’m just fat! I’ve just got a belly!”

Revealing how the series taught her to think about her diet, Steph continued: “I got introduced to fermented products like Kombucha which have all these live bacteria, which improve your gut’s live bacteria.

“It was great in the run-up to getting pregnancy to get healthy, because that helped me when I was pregnant and that made a big difference.”

IBS is a common condition that affects the digestive system.

More recently, Steph opened up about living with the condition and said she’s managed to “calm down” her IBS.

In an Instagram post, the star explained: “Health update…..so I said I would tell you about what I’ve done to calm down my IBS + lose a bit of weight.

“Key things — I only eat within an 8 hour time frame every weekday.

“So if the first thing I eat is at 11am, the last thing is before 7pm. This is key to giving my digestive system time to do its job.”

She added: “I think that’s been the biggest thing for my IBS. It’s also massively cut down my snacking.

“I felt starving in the morning at first but now have got use to it. Plus at the weekends I go back to ‘normal’… wine/snacks/fast food!”

Steph also explained how she eats fermented food, and has “incorporated it into foods”.

She added: “I try and add it to any meal I can now. I even have a jar of it in the fridge at work.

Read more: Steph McGovern had to have ring cut off by fire brigade after accident

“Also, kefir and kombucha. I drink that. They come in loads of forms, have a look in the supermarket for them.

“They are full of probiotics which are brilliant for gut health.”