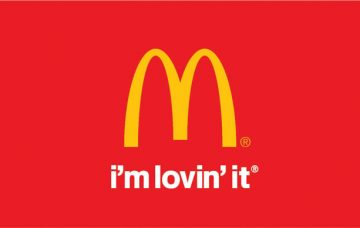 McDonald’s advertising tells us that customers “are lovin’ it”, but they won’t be after hearing about a recent investigation into hygiene at the worldwide fast-food chain.

In fact, the love might turn to hate as reports have shown that traces of faeces have been found on EVERY single McDonald’s touchscreen swabbed by undercover reporters working for metro.co.uk.

That’s more a case of brown arches, than golden – ewwwwwwww!

The investigation took samples from the new touchscreen self-order machines that have been introduced in restaurants across the country.

And in every case, they had coliforms – bacteria present in the faeces of all warm-blooded animals and humans.

He told the newspaper: “We were all surprised how much gut and faecal bacteria there was on the touchscreen machines.

“These cause the kind of infections that people pick up in hospitals.

“For instance Enterococcus faecalis is part of the flora of gastrointestinal tracts of healthy humans and other mammals. It is notorious in hospitals for causing hospital acquired infections.”

Diners who frequent one of the 1,270 branches in the UK will know that, as well as the option of ordering from a staff member, you are also invited to choose food from a touchscreen.

The order then goes through to the staff, who will bring you your order.

However, as found in the shocking report, one screen was found to have staphylococcus, a bacteria that can cause blood poisoning and toxic shock syndrome.

Dr Matawele said: “Seeing Staphylococcus on these machines is worrying because it is so contagious.

“It starts around people’s noses, if they touch their nose with their fingers and then transfer it to the touchscreen someone else will get it, and if they have an open cut which it gets into, then it can be dangerous.”

Metro.co.uk’s study with the university’s school of human sciences involved swabs taken from eight McDonald’s restaurants. Six in London and two in Birmingham.

In a shocking addition, listeria bacteria was found in Oxford Street and Holloway Road branches – which can lead to miscarriages and stillbirths in pregnant women.

A McDonald’s spokesperson said: “Our self-order screens are cleaned frequently throughout the day. All of our restaurants also provide facilities for customers to wash their hands before eating.”

The scientist, however, feels that cleaning the screen with detergent is not enough as some of the germs remain there for days at a time.

Does this investigation put you off eating in a McDonald’s restaurant? Leave us a comment on our Facebook page @EntertainmentDailyFix and let us know what you think!