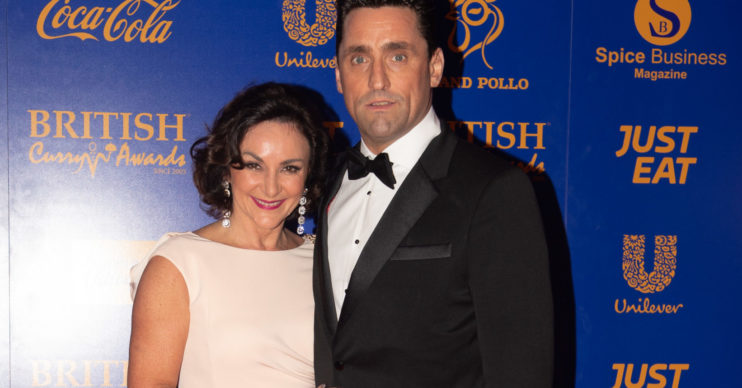 They've certainly been through the wars this week

TV’s Shirley Ballas has revealed her concerns after boyfriend Daniel Taylor was taken into hospital – just days after breaking her ankle.

The Strictly Come Dancing judge, 59, was rushed to A&E earlier this week after suffering a “clean break” to her right ankle.

And now boyfriend Danny is the one being treated too.

Taking to Instagram Story, Shirley shared a snap of her 47-year-old boyfriend masked up in hospital.

She said: “What a week first me in A and E with another this trip this morning.

“Then Danny this afternoon to Whiston A and E. Waiting on a report for his leg, poor thing.

It comes days after Shirley was rushed into hospital after suffering from a broken ankle.

The TV judge was seen on crutches and wearing a boot following the nasty injury.

Explaining to fans on Instagram that it was a “clean break”, she insisted it would not keep her off the BBC show.

“I’ve just finished at A&E and I have a clean break on my right ankle,” she said.

So a clean break. Six weeks to heal. Thank you to NHS and all staff who took care of me. @danieltayloresq thank you for being there. Painful but I’ll trolly on. #cleanbreak #brokenankle. I’ll be fine for @bbcstrictly thank you for all the messages. #gratitude

“They are not using plaster of Paris any more, they use a boot. So, I am learning to walk on these crutches, which goes crutches, right foot, close, a bit like the waltz.

“The NHS was amazing. So yes, a clean break, six weeks.”

“Thank you to NHS and all staff who took care of me,” Shirley wrote in the accompanying caption.

The show must go on

Strictly’s 2020 series had been hanging in the balance because of the coronavirus pandemic, but it has now been confirmed that it will be back.

However, the BBC series will be “slightly shorter” than usual.

A spokesperson shared in a statement: “The Strictly Come Dancing team are doing everything they can to bring the nation plenty of Strictly magic later this year.

Tamzin Outhwaite and Katie Price are among the stars rumoured to appear on the upcoming series.

During a live Instagram discussion in May she concerned her fans when she admitted that Charlie was sick.

She said he had suffered two severe ear infections and wasn’t himself at all.

The BBC star shared: “He really has been unwell and @danieltayloresq and I have been very worried about him.

“He has two severe ear infections, he now has antibiotics and ear drops. He appears more comfortable and is crying less. So I believe he’s on the mend.”

She concluded the video by reassuring followers Charlie was making progress after taking a course of antibiotics.