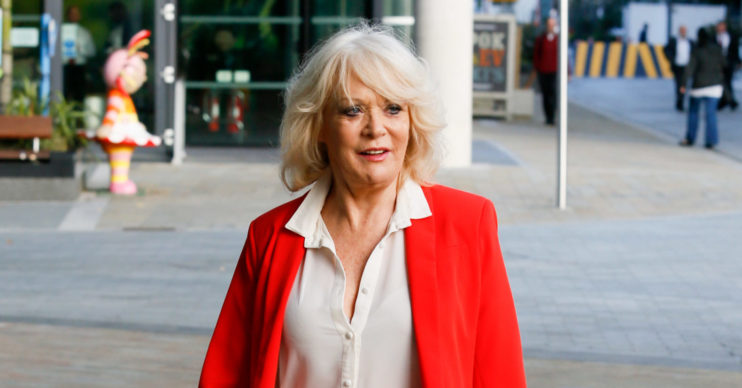 Her brother sadly passed in April

Actress Sherrie Hewson has been left “devastated” after her beloved brother died following a battle with an incurable brain tumour.

Sherrie opened up on her heartache after her brother was diagnosed with grade 4 glioblastoma in March 2019.

The 69-year-old told OK!: “I take three steps forwards, two steps back. I’m trying to move forward, but I just wish my brother was still here.

“I’m devastated, my heart is broken, but I have to find a way to mend my heart.

“I’ve got to find those little bits of my heart and I will find them because I’ve got a lot to be thankful for.”

She continued: “I’m fine sometimes. But I have days where I hurt very much so I have to find a way of getting rid of that and being strong.

“My daughter and granddaughters get me through. I might have a flip but everyday I’m getting stronger.”

Brett lived with his partner, Annie, in Llandudno. He had been given 18 months to live following his diagnosis last year.

Sherrie added: “It was grade 4 glioblastoma, the most aggressive and common cancerous brain tumour in you can get.

“He seemed fine, he even came to see me that first month in Benidorm Live because the tumour was only a few centimetres long then.”

In April 2019, he underwent a operation to get rid of the tumour, but sadly it didn’t go to plan.

Sherrie told the publication: “I was on a plane and they told me they’d found a blood cot which had grown in the cavity of the tumour.”

However, his following operation was a success and doctors managed to remove the clot.

He then went on to have six weeks of chemotherapy, as well as six weeks of radiotherapy for the rest of the year.

Meanwhile in April this year, Sherrie appeared emotional over not being able to see her terminally ill brother during an appearance on Good Morning Britain.

The former Coronation Street star said: “I have a brother who has a brain tumour in Wales and I can’t see him.

“He was in hospital and he needed to be taken out of hospital because they needed a bed so he’s conscious.

“They’re really caring for him. Anyway, I can’t see him, so I send him silly videos every day.”