However, she has hinted that their big day could be just around the corner.

Speculation has been rife that Sheridan had tied the knot after she tweeted a picture of herself wearing a wedding band alongside her engagement ring. 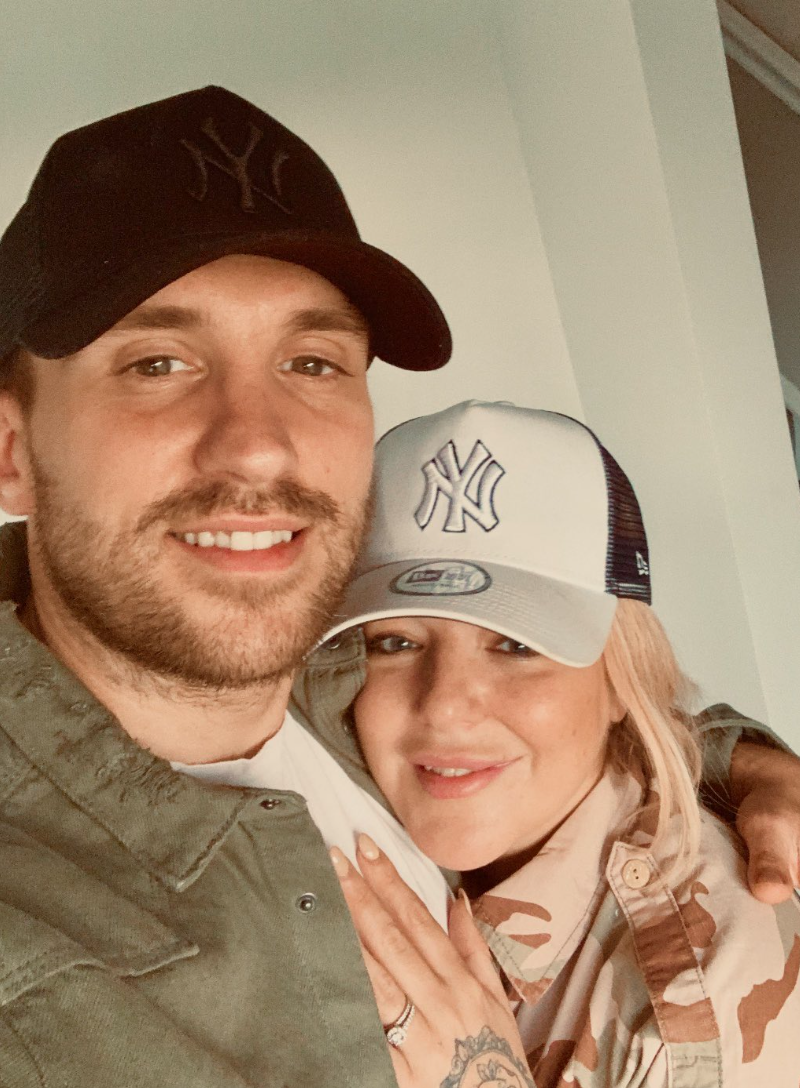 Sheridan and Jamie sparked rumours they'd already tied the knot when they shared this cosy shot of the actress wearing a wedding and engagement ring (Credit: Twitter)

However, opening up on This Morning to hosts Eamonn Holmes and Ruth Langsford, Sheridan shut down the wedding rumours.

Jamie does wear his wedding ring, we're not actually married, we just do it.

Holding her hand close to the camera, Sheridan said: "I do wear two bands on my hand, mainly because this one is too big and it does keep it on."

She added: "But Jamie does wear his wedding ring, we're not actually married, we just do it. My friends do that but no one actually talks about it." 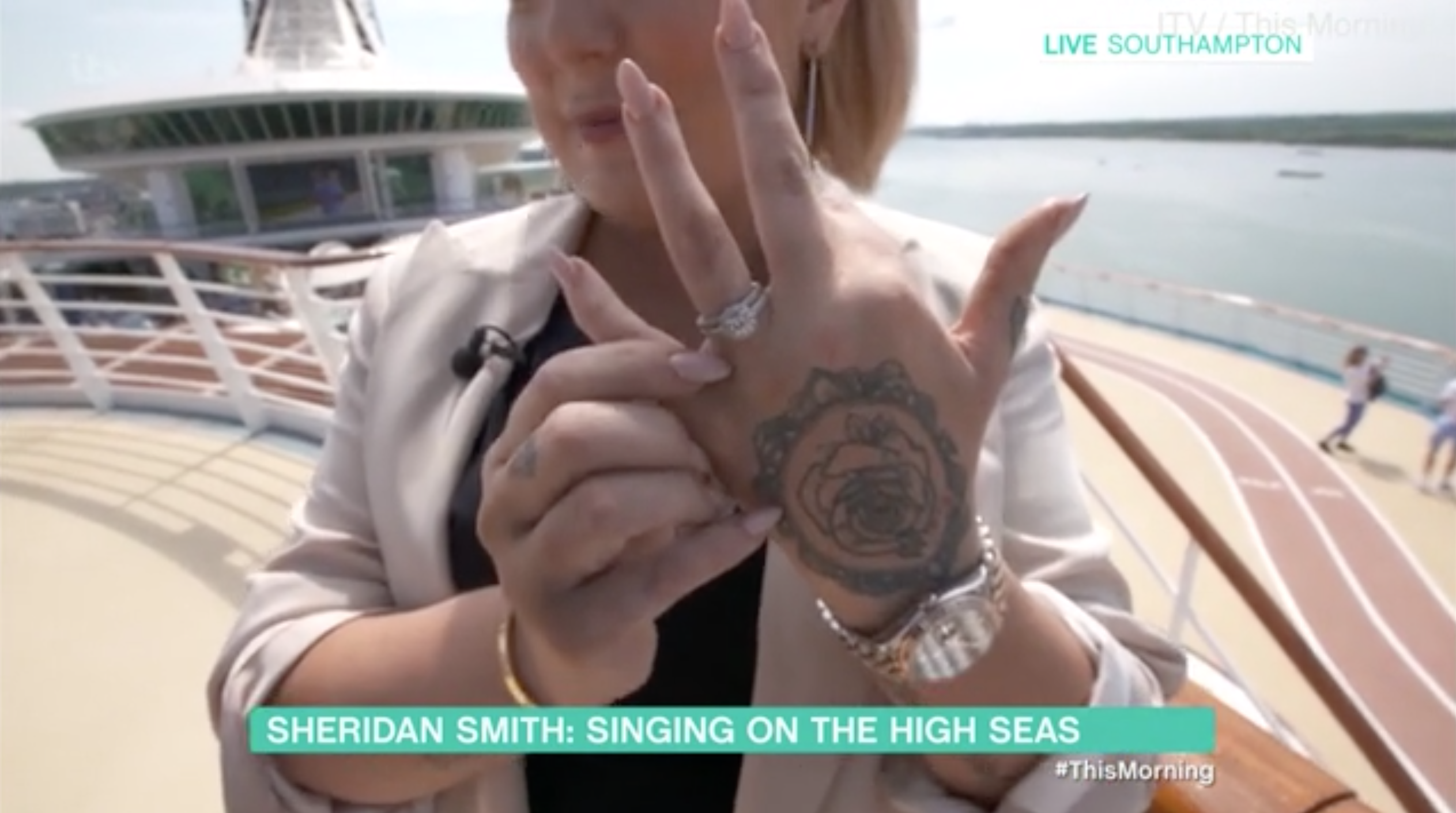 Sheridan revealed the real reason why she wears a wedding ring on This Morning (Credit: ITV)

She also revealed that they "didn't think about it" when they posted the cosy couples shot to Twitter, where both of Sheridan's rings could be seen.

She laughed: "And then of course everyone thought we were married."

Sheridan also joked that, when she does tie the knot, everyone's invited.

"When I do get married, I would like everyone to wear a hat and send me the pictures, like the Royale Family," she said, referring to the show in which she starred. 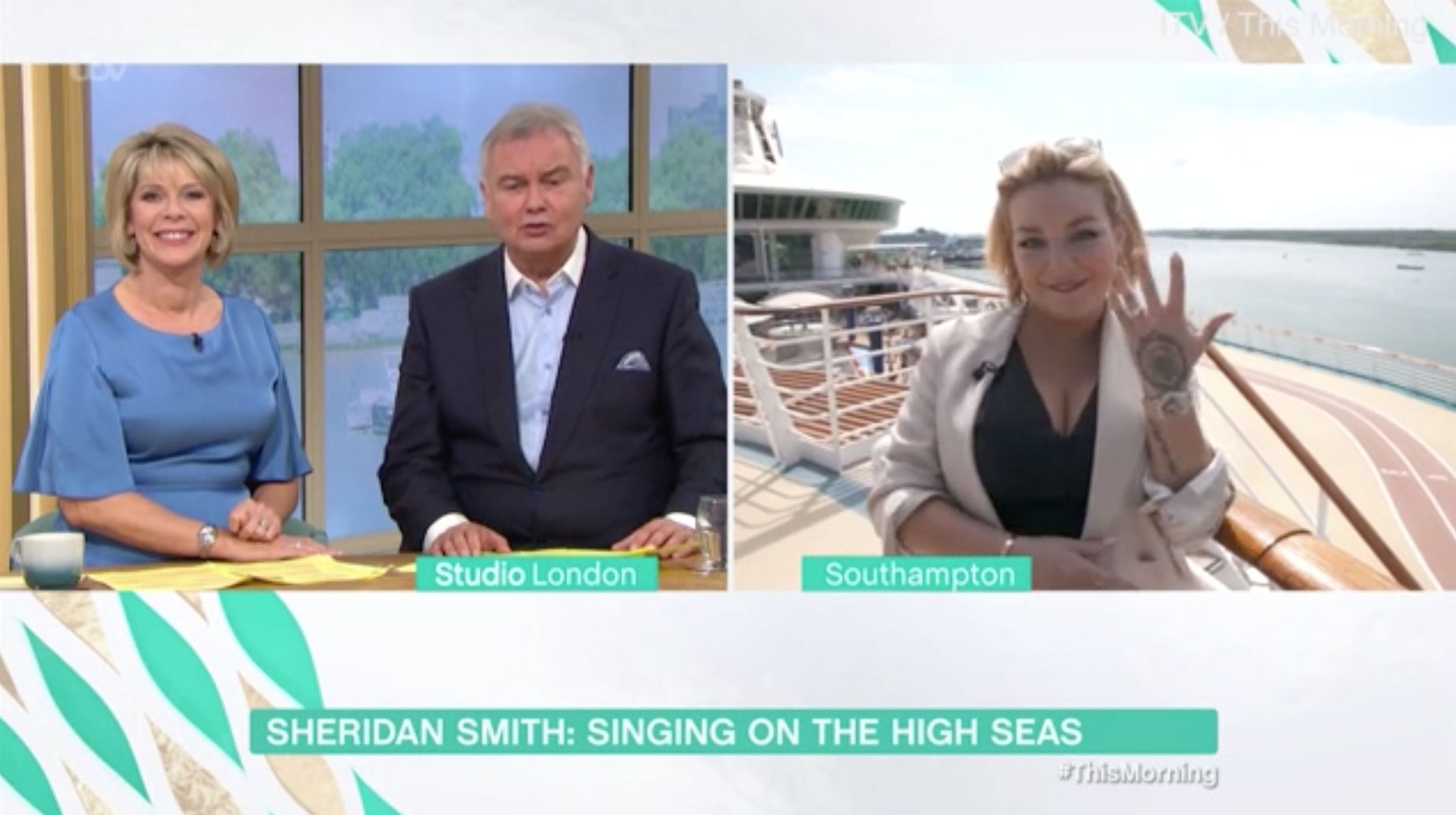 The star, who was on This Morning to promote her Floating Festivals gig on board a cruise liner, also revealed that she might like to follow in her parents' footsteps and get married on the water.

Revealing they'd renewed their vows at sea, Sheridan quipped that her wedding could be any day. "You never know, maybe during the festival!"

Would you wear your wedding ring before you were married? Head over to our Facebook page @EntertainmentDailyFix and let us know what you think!