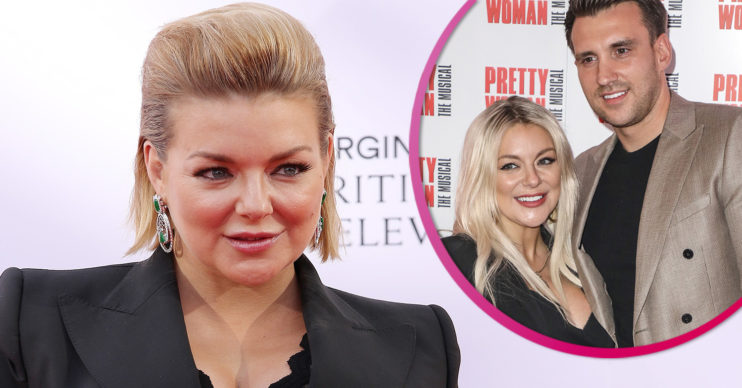 The theatre star gushed over her 'perfect little family'

Sheridan Smith has given fans a glimpse into family life with fiancé Jamie Horn and their baby son Billy.

The actress and singer shared a sweet snap alongside her two boys on Instagram yesterday (September 9).

The shot showed Sheridan, 39, smiling as she cradled tiny Billy in her arms.

Meanwhile, doting dad Jamie, 30, stood behind the two as he looked towards the camera.

Fans rushed to compliment the star, who gave birth to her first child with Jamie during lockdown.

One said: “Awwww you look amazing!! Motherhood suits you.”

A second gushed: “I don’t think I’ve ever seen you smile like this. Your eyes are saying everything your heart feels. Just beautiful and thoroughly deserved, enjoy every moment.”

It’s certainly been an eventful few months for Sheridan and Jamie.

Not only did the new parents welcome son Billy back in May, they documented the entire process on their ITV documentary Sheridan Smith: Becoming Mum.

During the show, Sheridan broke down in tears as she admitted to being scared about becoming a mother.

She told viewers: “No one knows what’s going on behind it all.

Now I’m pregnant it feels like I’ve got a second chance at life.

“The biggest worry is you’ve had mental health issues in the past – will it rear its ugly head again?

“Now I’m pregnant it feels like I’ve got a second chance at life. So many women out there who are just as scared as me and we need to get some answers.”

Sheridan previously revealed she had a “total breakdown” as she battled with her mental health following her dad Colin’s cancer diagnosis.

The star was forced to pull out of the West End production of Funny Girl and struggled to perform.

Appearing on the Jonathan Ross Show, she said: “It was the worst thing. I hate it and I always think ‘The show must go on’ and I hate letting anyone down but I think the public understood in a way that you can’t choose when these things happen.”

Sheridan added: “I lost my mind, I completely did to the point where people were stopping me in the street and cuddling me because people understand that, it’s just life.”