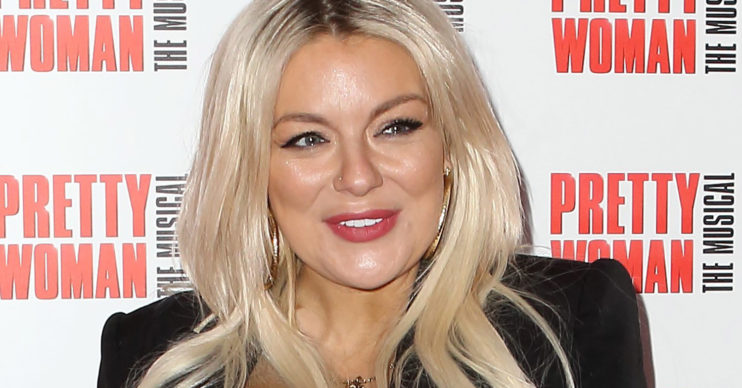 Sheridan opens up about her addiction to anti-anxiety medication

Sheridan Smith has revealed she suffered five seizures and was rushed to A&E after stopping her anti-anxiety medication too quickly.

The 39-year-old mum-of-one said that a Graham Norton joke at the BAFTAs in 2016 ‘tipped her over the edge’ and caused her to take the dangerous action.

What did Graham say at Sheridan Smith’s expense?

The incident happened at the 2016 BAFTA TV Awards.

With Sheridan in the audience and up for an award, host Graham began the ceremony with a joke about her stint in the West End play Funny Girl.

The production became halted due to ‘technical difficulties’.

However, rumours suggested it’s due to Sheridan’s problems with drink.

Read more: Sheridan Smith is ‘so proud’ of her baby son as he reaches milestone

However, Sheridan’s father Colin had died from cancer at the time and the comment pushed her over the edge.

What happened to Sheridan Smith after the ceremony?

Speaking in an upcoming ITV documentary, Sheridan said: “Graham Norton made a joke at my expense about me being a drunk.

“I [felt] so humiliated. It’s a room full of your peers and people you want to work with, or have worked with.

“That night for me was like the final straw, before my brain totally went off the deep end.”

Sheridan says a miracle saved her

“What people didn’t realise was that I’d become addicted to anti-anxiety tablets,” she admits in the doc.

“In my crazy mind I thought, ‘I don’t wanna be in rehab – I’ll do it myself’ so I went there and I just stopped my tablets.

“What I didn’t realise is, that if you stop the tablets abruptly, you seizure. And, to cut a long story short, I got seizures five times and got rushed into A&E.”

Thankfully a friend telephoned and came to the hotel, and ‘got her breathing again’.