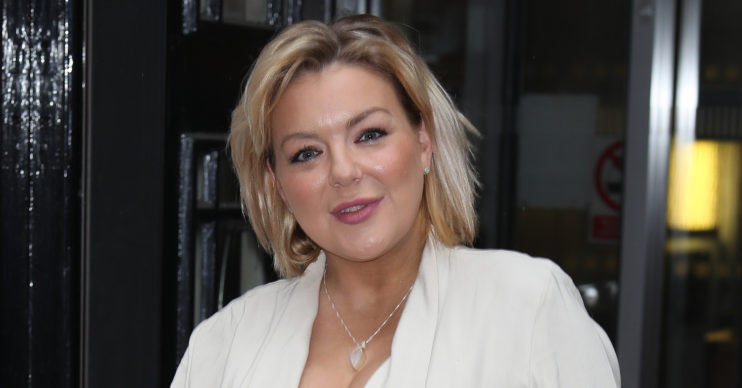 Sheridan Smith is has shared her ‘pride’ and joy over her baby son, Billy.

The Cilla actress, 39, took to social media to gush over her little one.

Sharing in view of her some 441,000 Instagram followers, she posted a pic of herself beaming in a bejewelled hat emblazoned with ‘Son’.

She wrote that her little one is the best thing that has ever happened to her.

Her post’s caption reads: “So proud of my beautiful son Billy! He is four months today and the best thing to ever happen to me! A love like no other!”

So proud of my beautiful son Billy… best thing to ever happen to me!

Her fans rushed to compliment and wish her and Billy well.

One user wrote, “A mother’s love is so special” and another user commented, “I bet you’re a brilliant mummy. A lucky little family I’d say”.

And a third user remarked: “Gosh that’s flown! So glad you’re happy. Time is precious. Have a lovely day xx.”

The Gavin and Stacey star welcomed her first child with fiancé Jamie Horn in May.

She has kept little Billy very much under wraps so far.

Despite sharing a few updates on Instagram, she has yet to share a picture showing the little one’s face fully.

She did, however, open up about motherhood on the Zoe Ball show.

What has Sheridan Smith said about motherhood?

Sheridan said: “It is the most amazing role in the world. I’m obsessed with him, Zoe, I just stare at him all day.”

However, we will likely be seeing a lot more of Billy very soon, as Sheridan is starring in a documentary about her journey to becoming a mother.

She will star in ITV’s Sheridan Smith: Becoming Mum this autumn.

It will follow her pregnancy experience and her fears regarding her mental health struggles.

She will meet with a support group for expecting mums and also with a psychiatrist.

In 2017, Sheridan opened up about her mental health battle.

She said that her life began to unravel after her father Colin died of cancer the previous year.

She told the The Sunday Times Culture: “My life was falling apart and I didn’t tell anyone.

“I was totally terrified that I was going to come unstuck, that I couldn’t hold these feelings of insecurity in much longer without it coming to a head. Which it did last year. My dad getting cancer triggered it, but it had been a long time coming.”