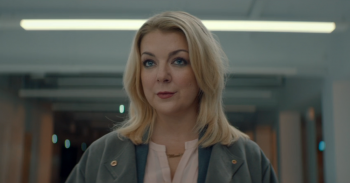 Ex-topless model reckons Sheridan is "perfect" for the role

TV star Sheridan Smith is the top pick to play Page 3’s Samantha Fox on the box, it has been revealed.

Sheridan, 37, is wanted by the 1980s topless model herself to play her on screen – but only for Sam’s life and times after she retired from stripping off.

Describing Sheridan as “perfect” casting for the role, 52-year-old Sam told the Daily Star she is working on getting the Cleaning Up star to accept.

Sam also noted another spot in the biopic was available for a different talented performer to portray her in her formative years.

“I want to find a rising star to play my younger self and Sheridan Smith in my 30s,” she is reported to have told the newspaper.

However, the TV drama is thought to be at a very early stage of production and Sheridan is not believed to have made any commitment to the project.

A anonymous film source is said to have added: “There have been a lot of meetings and there are wheels in motion.”

The insider also suggested filming could begin before the end of 2019.

Sam, said to be worth £15million according to The Sun’s website, first appeared topless as a pin up for the newspaper aged 16.

She quit taking her clothes off for the tabloid in 1986 and released her debut single the same year.

In 1995 she took part in the UK heats for that year’s Eurovision Song Contest but didn’t make it to the competition stage.