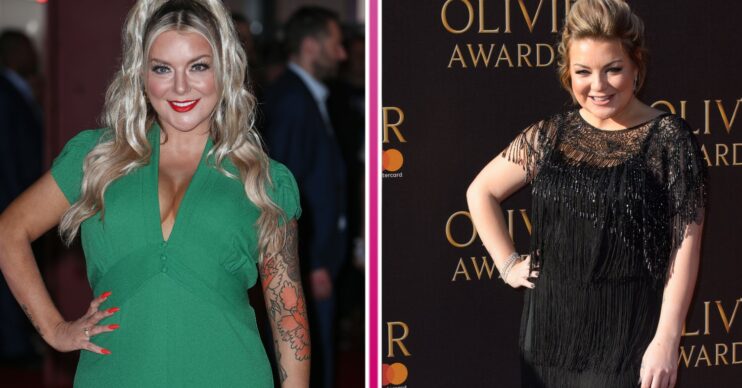 Actress Sheridan Smith has hinted that she might have found romance again, after splitting from fiancé Jamie Horn last year.

The Two Pints of Lager star was reportedly spotted on a dinner date with a ‘mystery man’. Question is, who IS Sheridan’s new fella?

Reports by The Sun on Sunday state Sheridan was seen dining with a male friend in North London, who she appeared besotted with.

Furthermore, she was spotted in the window of a restaurant sitting opposite a man with sand-coloured hair, who she reportedly left with.

A fellow diner told The Sun: “Sheridan arrived with her date at about 6.30 and they sat in the window, enjoying the sun. Neither was dressed up.

“Sheridan was in a black hoodie and sunglasses – but they seemed very happy and relaxed.

She’s ready to open her heart to someone.

“After their drinks and dinner, they left together.”

Back in January, Sheridan was reportedly getting ready to date again after her split from ex Jamie last year.

The pair had been together for three years and share son Billy together. However, the relationship ended in heartbreak for Sheridan.

In January this year, a source told Closer: “Sheridan’s been through hell over the last year but, after doing a lot of work on herself and getting back to the ‘old Sheridan’, she’s ready to open her heart to someone.”

Read more: The Cruise star Sheridan Smith on finding the love she’s been looking for ‘all her life’

What happened with Sheridan and her ex?

Sheridan Smith met insurance broker Jamie Horn via Tinder in 2018. As a result, the pair quickly fell in love and became inseparable, announcing their engagement soon after.

The pair welcomed son Billy in May 2020. Sadly, the couple split three years after meeting and just a year after Billy was born.

Additionally, a source talking to the Daily Mail in July 2021 claimed the actor was ‘devastated’ by the split.

The insider claimed: “She had the public falling out with his mother and they got through all of that, but sadly it hasn’t worked out. She’s devastated. This has brought back all the feelings of missing her dad because he was her tower of strength.

“In her heart she’s hoping they can make it right, but it doesn’t look like there’s any way back. They have a baby together and it’s tough. She’s heartbroken.”