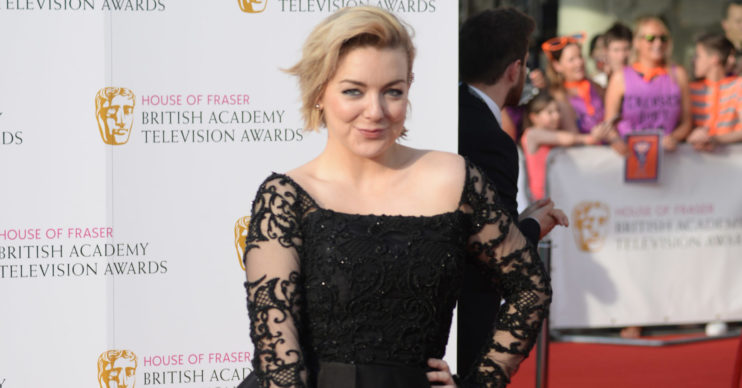 The actress welcomed her first child back in May

TV star Sheridan Smith has given fans a rare glimpse of her baby son on her 39th birthday.

The actress – who welcomed her first child with fiancé Jamie Horn in May – marked the occasion with a heartwarming snap of herself cuddling the tot on Instagram.

Looking fresh faced in the photo, Sheridan is seen affectionately nestled into her son while wearing a grey top and hooped earrings.

She captioned the shot: “Best birthday present I could’ve asked for!”

The photo is the first time the musical star has given fans a look at the newborn since his birth.

One fan pointed out that the star had seemingly confirmed his name during a radio interview with Zoe Ball just hours earlier.

They wrote: “I heard you on Radio 2 with Zoe this morning and you could feel the love for little Billy. Happy birthday xx.”

The sweet snap comes weeks after the star thanked fans for their support following her son’s birth.

“We have been so touched by all your lovely messages about the birth of our son.

“I’ve finally gotten round to reading all of them and am bowled over by everyone’s kindness. It means the world. Huge love to you all from the three of us!”

Sheridan announced the arrival of her first child in May, posting a photo on Instagram captioned: “Our little man has arrived! We are both completely overwhelmed with love.”

The former Benidorm star revealed her pregnancy in October 2019.

At the time, she said she had a “baby on board” as she performed to an audience on a cruise ship.

Meanwhile, a few weeks later, Sheridan told fans she was having a baby boy.

She wrote on Twitter, alongside a clip of herself holding up a babygrow: “It’s a… BOY!” followed by a string of blue-heart emojis.

In May, Sheridan starred in a new lockdown drama called Isolation Stories.

She played troubled mum-to-be Mel who was living alone in isolation and struggled to come to terms with her difficult circumstances.