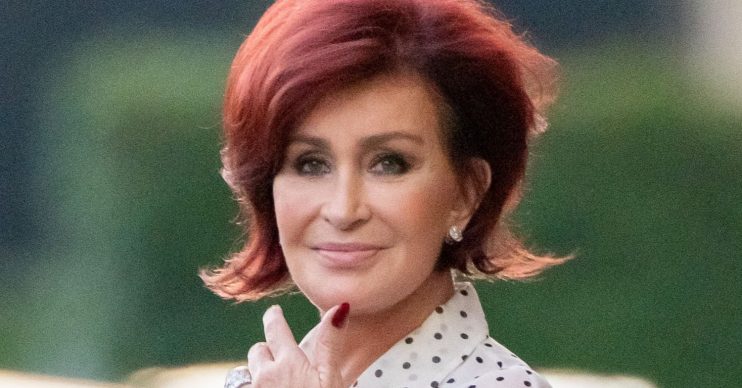 She believes Simon, 60, is "very dated" in his views

The 67-year-old claimed the talent show guru has turned his nose up at promoting heavier stars on his programmes.

She also claimed Simon, 60, is “very dated” in his views.

Sharon said on the Honest AF Show podcast: “Simon doesn’t have an ability to see individuals.

However, according to MailOnline, a source responded to the accusation by suggesting Sharon was turning the volume up on her public persona.

The outlet quoted an unnamed insider: “This is just not what Simon is like.

“He treats every individual person equally.

“Instead, it feels like Sharon is just turning into a bit of a shock jock these days like her friend Howard Stern.”

ED! has contacted a rep for Simon for comment.

‘Sharon gets a bit carried away’

According to reports, Simon seemingly ended a feud between the two last October.

Speaking to the Daily Mirror, Simon said: “I phoned her up the other day and said ‘Look, I’ll be honest with you. How could I criticise you for being mouthy when it’s the reason I hired you in the first place?’

“Sharon gets a bit carried away but deep down she’s got real affection for the shows.

“I know that about her. There’s absolutely no bad blood at all. She’s a good friend and always will be.”

‘He gets teeth that are too white’

His speaking out came just weeks after it was reported she had mocked his teeth.

And she also got in a cheeky jibe about his weight, too.

According to The Sun‘s Bizarre TV column, she said: “The teeth are too white again.

“He always gets these teeth that are too white and it takes a year or so for the colour to calm down.

“Otherwise I think he looks great. He’s dropped weight and it’s great for him. Much healthier for him. Not that he was big.”