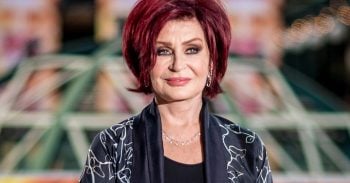 Sharon Osbourne has claimed Simon Cowell fired her from The X Factor for being “too old”.

The talent show judge had been lined up for the 2018 series but – despite plans to have her appear as a fifth member of the panellist for the live shows – she released a statement shortly after the competition launched to say she’d decided she was no longer needed in the role, and now she has explained why she snubbed a slot on US reality programme The Masked Singer.

“I was signed to go to England, and then Simon Cowell changed his mind and thought I was too old. Simon goes, ‘She’s old. We need somebody young.’ ”

She added: “So if you want young, fire yourself and get rid of those man [bleep].”

Late last year Sharon, 66, took another swipe at music mogul Simon – who appeared alongside Louis Tomlinson, Robbie Williams and Ayda Field on the panel – as she blamed the X Factor boss for the show’s ratings decline.

She said: “Unfortunately, not out of malice, but I am only saying this because Simon’s quote thinks it is funny, that the figures have dropped, and dropped and dropped through the course of the show.

When she announced her departure in October 2018, she called him “gracious” and wished the show “success”.

She stated on Facebook: “Simon was so gracious to find me a spot on the live shows but at this point I really don’t think I’m needed and I would honestly feel odd coming in at this point. So I have decided to pass on the series this year.

“I wish the show continued success and as much as I love to get my face on TV you will have to do without me this season.”