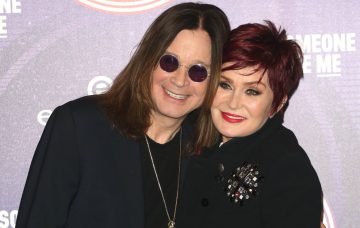 Sharon Osbourne issues statement as Ozzy is rushed to hospital

She is staying in with him as he battles flu complications

Ozzy Osbourne has been hospitalised with the flu.

The 70-year-old rocker had previously been forced to postpone the UK and European leg of his No More Tours 2 after contracting the flu at the end of last month.

But his wife Sharon Osbourne has now revealed he has been admitted to hospital amid “complications” with his illness.

She wrote on Twitter on Wednesday (06.02.19): “As some of you may have heard, Ozzy was admitted to hospital following some complications from the flu.

“His doctors feel this is the best way to get him on a quicker road to recovery. Thanks to everyone for their concern and love.”

According to US publication The Blast, Ozzy checked into Keck Hospital of USC on Monday (04.02.19).

And Sharon apparently arrived a short time later with a suitcase and a blanket, which seemed to indicate she was staying at the hospital overnight with Ozzy.

As some of you may have heard, Ozzy was admitted to hospital following some complications from the flu. His doctors feel this is the best way to get him on a quicker road to recovery. Thanks to everyone for their concern and love.

Sharon also skipped Tuesday’s (05.02.19) episode of American talk show The Talk in order to stay by the Black Sabbath rocker’s side.

Meanwhile, the War Pigs hitmaker recently said he was “devastated” to have to postpone his tour dates, which came after he pushed back a string of other dates last year when he contracted an infection in his thumb.

He said in a statement: “I’m completely devastated for having to postpone the European leg of my tour.

“It just seems that since October everything I touch has turned to [expletive]. First the staph infection in my thumb and now coming down with the flu and bronchitis.”

He added: “I want to apologise to all of my fans who have been so loyal over the years, my band, my crew and to Judas Priest for letting you all down.

“However, I promise the tour with Judas Priest will be completed. It’s being rescheduled right now to start in September. Again, I apologise to everyone. God Bless. Love you all, Ozzy.”