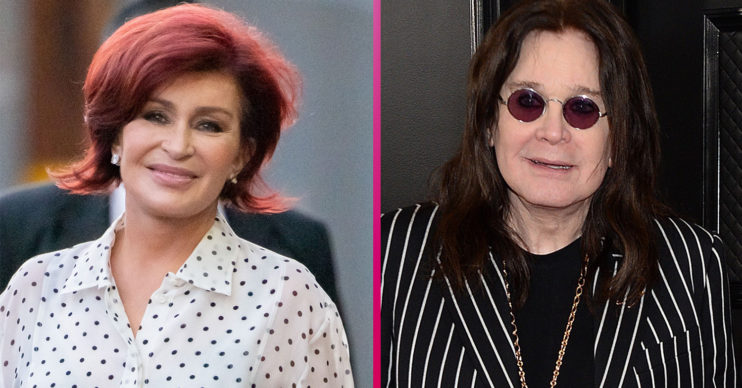 Fans are worried over how much time Sharon spends in bed

Sharon Osbourne has given fans an update on her health as she tends to husband Ozzy as he continues to battle Parkinson’s disease.

Fans of the former X Factor star became concerned over her spending a lot of time in bed.

Sharon has been posting an increasing amount of photos on Instagram of herself lying in bed, leading to concerns from fans.

Sharon Osbourne fans are worried for her

Fans took to the comments section to air their worries.

One wrote: “I’m just curious, is Sharon okay? I’ve been seeing her in bed for a while now and hope all is well with her.

“I love her and her family.”

Sharon herself replied to the comment at a later date. She wrote: “I’m OK! Just summer time lounging in bed!”

The concerns must have been growing as Sharon posted another bed photo to address the worries.

She uploaded a snap of herself in bed with all of her dogs.

In the caption she said: “Some of you have expressed concern about my health in your comments, wondering why I’m in bed all the time.

Sharon has released a collection of bedding homeware

Some fans have been quick to notice that Sharon’s bed photos might be due to her releasing a line of bedding products.

She revealed the new line back in July, writing: “Anyone who knows me knows that my bed is my happy place to cuddle with all my [dogs]! (and Ozzy).

“I’ve worked hard to create the coziest high quality bedding that won’t break your [wallet]! I invite you to take a look.”

Sharon has been supporting husband Ozzy through Parkinson’s disease

Earlier this year, Ozzy Osbourne revealed he has been battling Parkinson’s disease since 2019. Sharon has been by his side, as the former rockstar tries to regain his health.

The Black Sabbath frontman spoke out in an interview discussing his current health.

He said on The Nine Lives of Ozzy Osbourne: “It’s so slow. I go in the swimming pool for an hour every day.

Ozzy vows to return to the stage

The rocker also revealed that despite his illness he is keen to return to the stage and perform. He stated: “It catches up with you in the end. I’ve got no complaints. I’ve had a great career.

Sharon has vowed to help him get back to the stage no matter what. She said: “Once they allow artists to go back and perform, if I have to I’ll wheel him on.”

Ozzy added: “I will be happy as well. If my life ended on a stage, so be it. That’s the place I belong.”